Staff member
GOLD Site Supporter
It’s Wednesday during Lent and I’m observing meatless Wednesday in addition to meatless Friday. So I made a leek & seafood shepherd’s pie for dinner. It was topped with mashed red potatoes and Parmesan cheese. 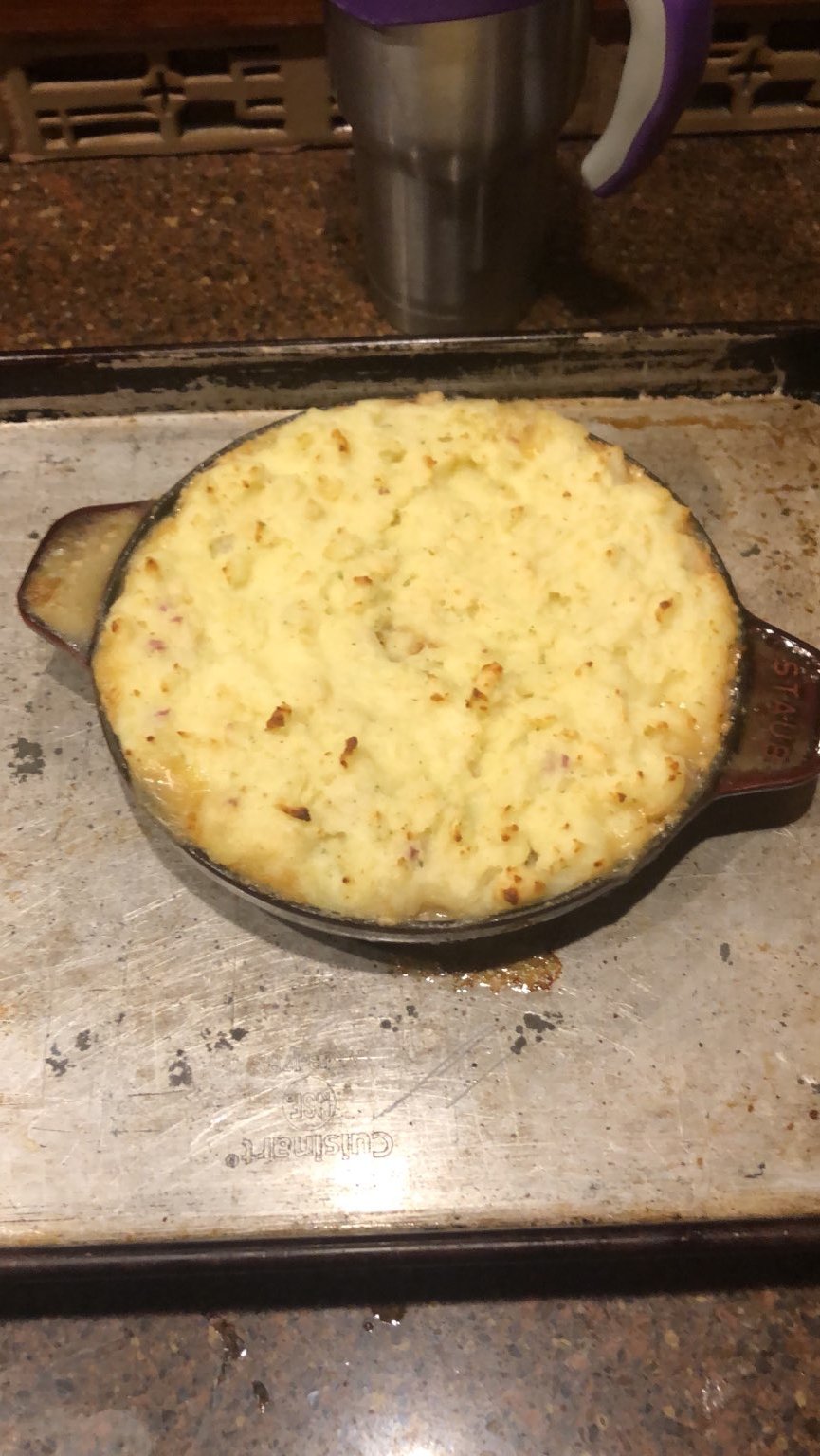 Going to smoke up a batch of beef ribs today. Side of potatoes. Possibly a nice bourbon old fashioned afterwards. 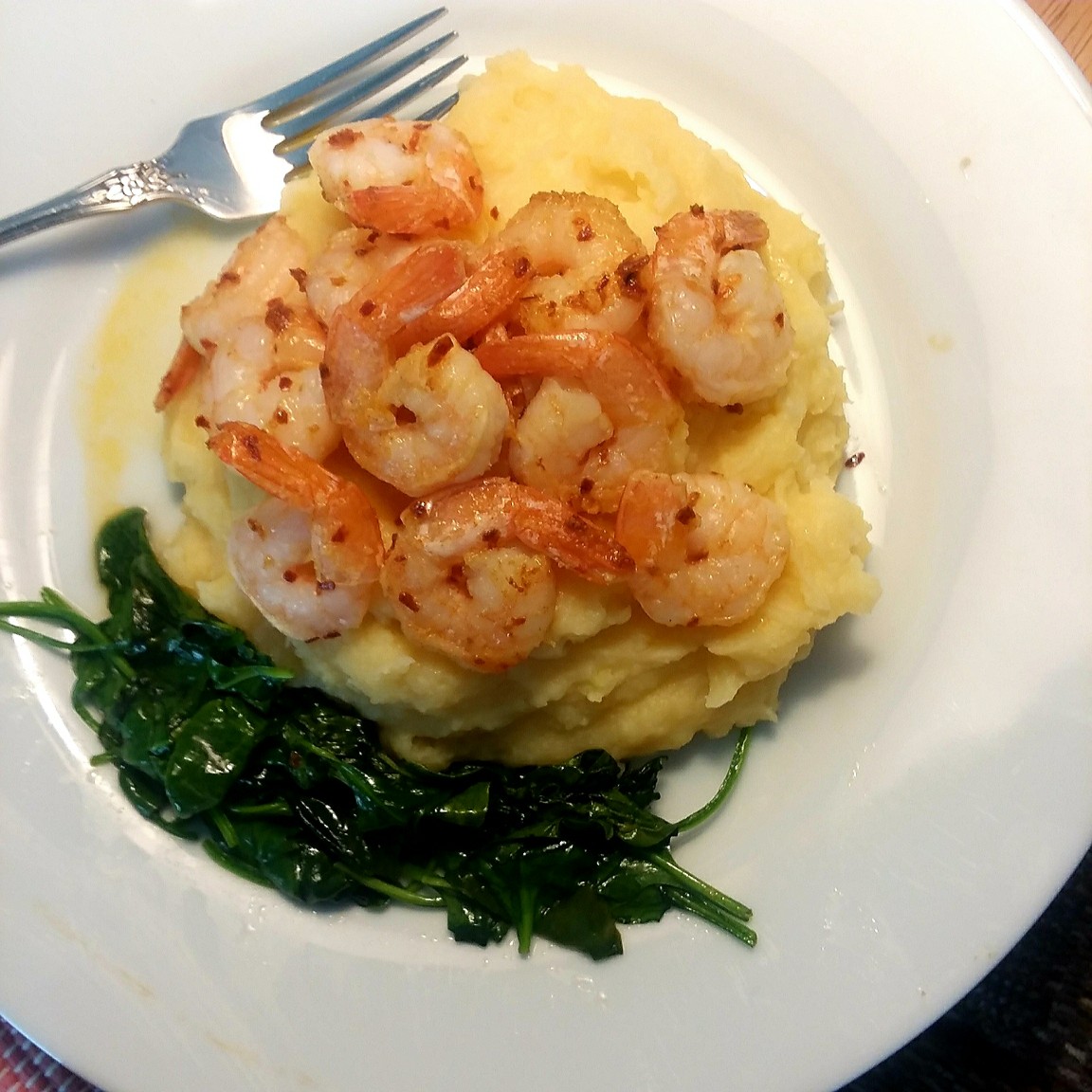 I had mac and cheese (Shells (Not Elbows))

I had mac and cheese (Shells (Not Elbows))
Click to expand... 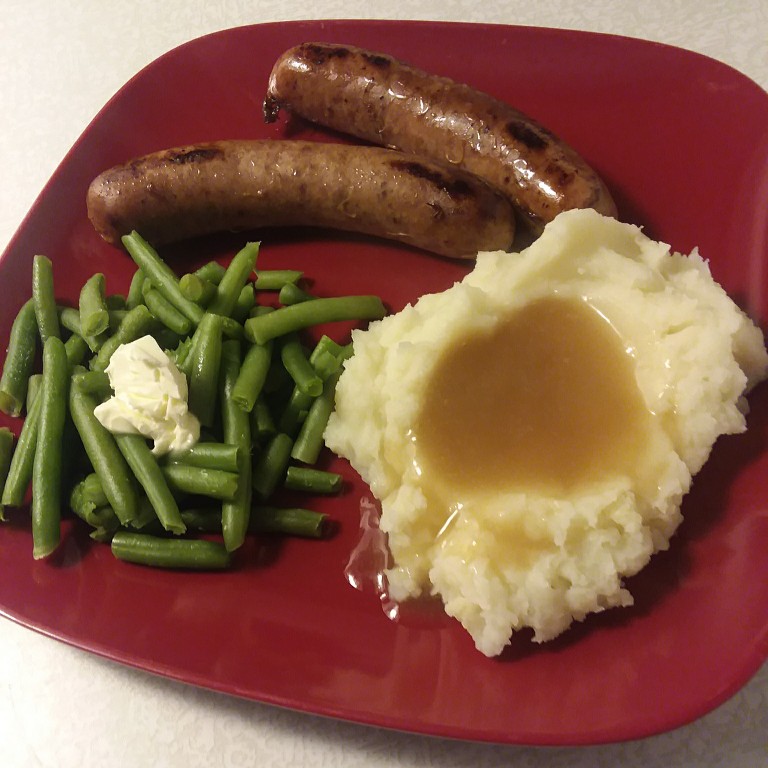 I had 2 corn dogs earlier 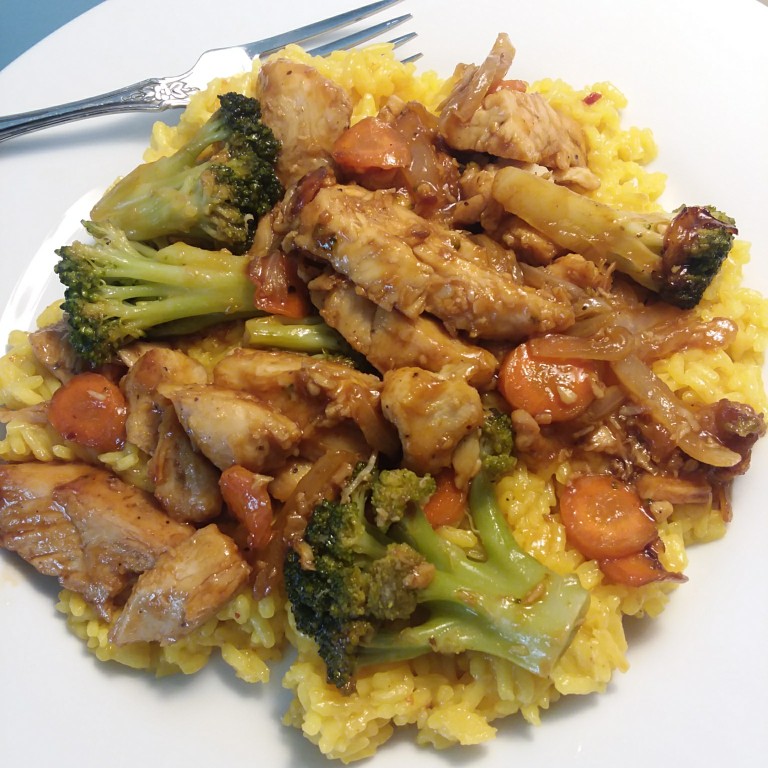 The lovely Mrs Bob makes a homemade "skillet dinner" that we love. It is basically a fancy version of "hamburger helper" but its got fresh ingredients and doesn't come from a box. Usually she uses an old fashioned Electric Skillet but a 12" skillet on the stove top or a cast iron skillet will obviously work just as well.

Cherry Tomatoes are broiled with a little olive oil, garlic and some seasoning.

In a LARGE skillet she sautés some Italian Sausage, after it is browned she adds some Rigatoni noodles & just enough chicken stock to cook the noodles. Just as the noodles absorb the chicken stock she adds some fresh spinach is added to the skillet, along with the broiled tomatoes, and it is simmered down to wilt the spinach.

We have it about once a month. There are no additional spices or salt added beyond the spices in the sausages and the little that she sprinkles on the oiled cherry tomatoes. Its still got plenty of flavor, but obviously you can adjust accordingly. The amount of chicken stock needed will vary by the amount of noodles you use because you don't drain it, you just cook it until its got a nice light "sauce" made of the broiled tomatoes, spinach and the little bit of remaining chicken stock.

GOLD Site Supporter
I broiled 1" thick pork loin steaks, Corn on the cob and Parsley/Garlic mashed potatoes. I am meatless for three days so I hade a thick slice of Vermont White Cheddar in place of the pork.

GOLD Site Supporter
Speaking of food and grocery shopping (as if we were) lol
Have you seen the jump in prices of food lately??
I fear I'm going to have to give up meat and go back to being vegetarian.
NOT.
I made rubbed pork shoulder steak with the remains of a head of cabbage - poppy seed peanut coleslaw. 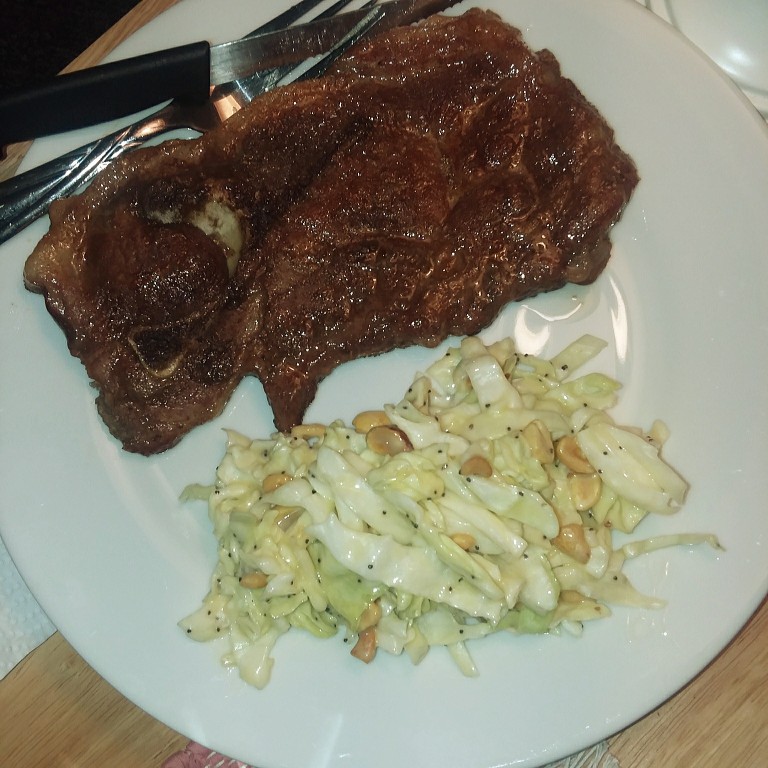 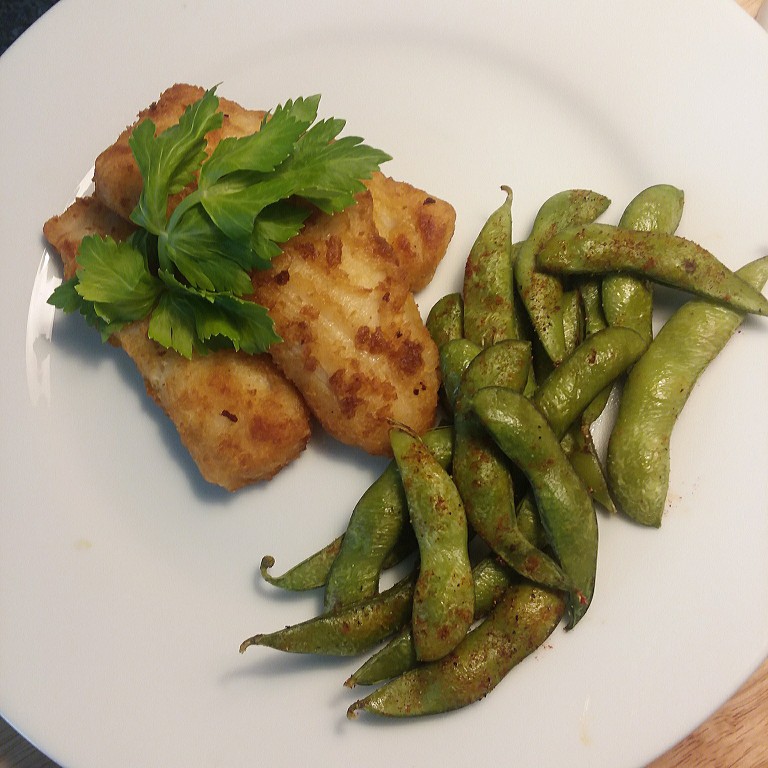 Staff member
GOLD Site Supporter
I had a large late lunch today so for dinner tonight I had 2 chocolate covered cherries and now I'm sipping on a bourbon. Probably have some ice cream for a dessert later. 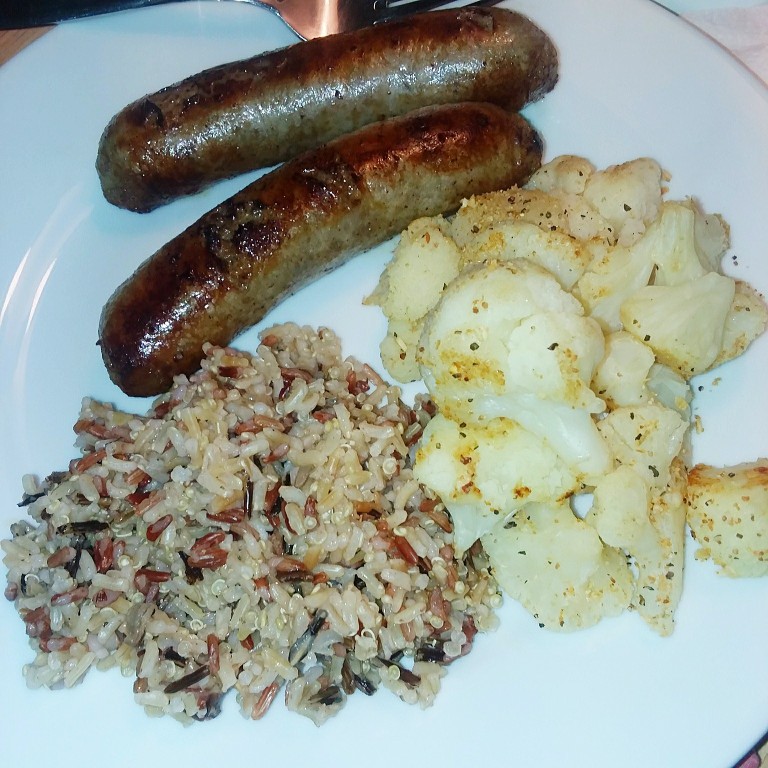 Staff member
GOLD Site Supporter
I gave fencing lessons tonight. Hard to hold down dinner if you are chasing people and trying to hit them with a 3' metal stick. So I just ate some Rice Krispie Treats when I got home. That an a bourbon Old Fashioned cocktail.

Staff member
GOLD Site Supporter
Browned some chicken then roasted it in a Thai Mango Curry. Sautéd some veggies (leek, peppers, onion, mushrooms). Then my SIL brought over some Chinese fried rice. 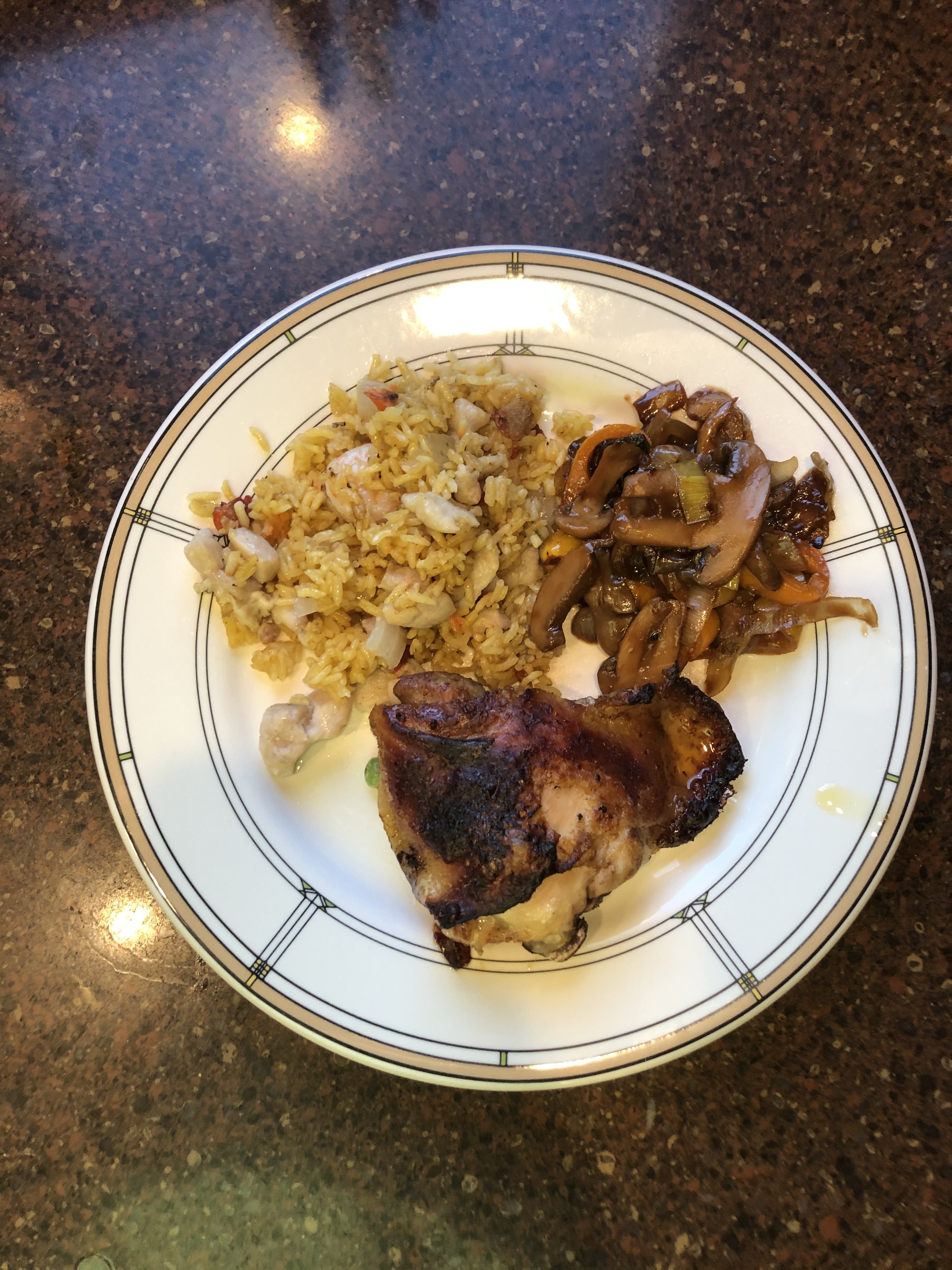 It's not fancy but I've been craving some Chinese food for a while now. 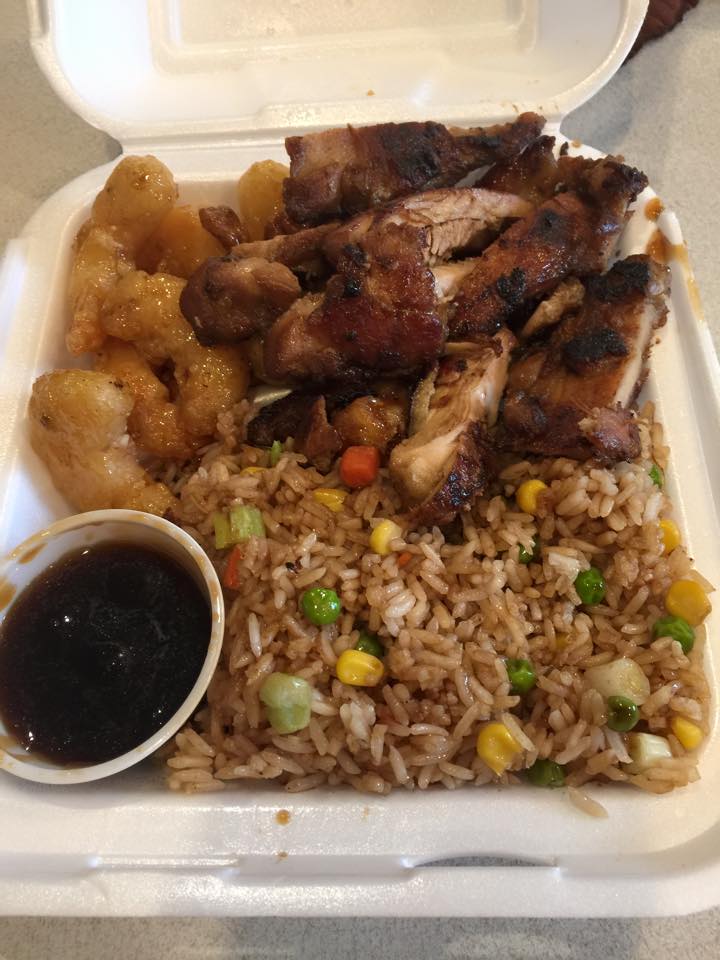 Tonight we had baked chicken. My wife made a cauliflower casserole too, it was pretty simple, small florets of cauliflower seasoned with Cream of Mushroom soup and Parmasean (sp?) Cheese, probably some garlic and other spices. She mixed it together and baked it. The chicken pieces were set on top and baked at the same time. So all the mess was in 1 baking dish. 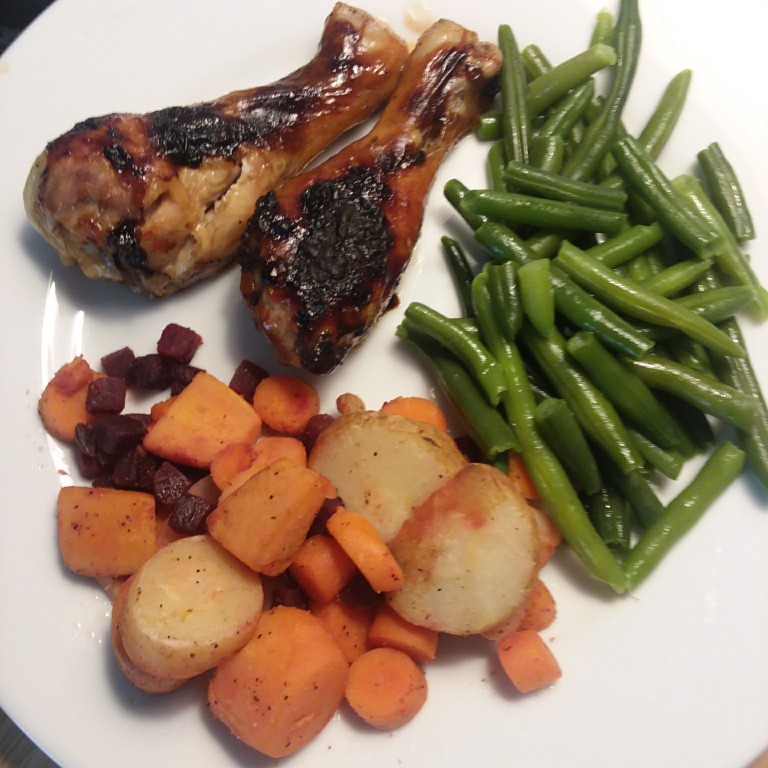