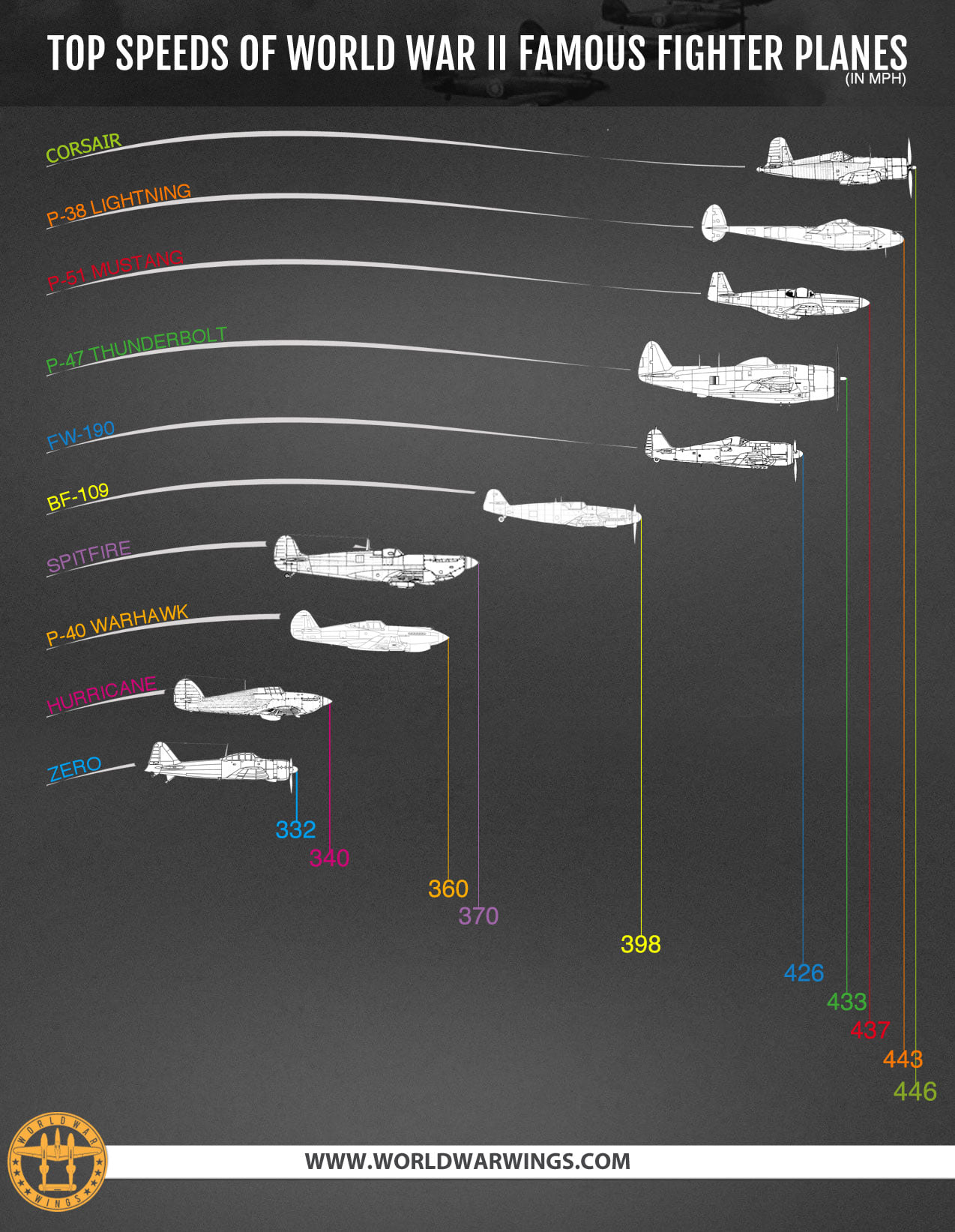 Thank you my friend

GOLD Site Supporter
Lookup VooDoo P51. Highly modified. 553 mph.
But my favorite is Stega also a P51. What a beautiful bird. And the sound in person on the tarmac idling. That merlin gave me goosebumps.

Staff member
GOLD Site Supporter
I’d have never guessed the Corsair to be so fast. I would have presumed the P51 would have out paced it by a long shot.

Back in the old days I loved building plane models of the WWII fighters. Never realized how wrong I was on the speeds. Didn’t know any of them would break 400mph, least of all one with a big fat beak.

GOLD Site Supporter
What gets my attention is that the 4 fastest birds were all from the United States of America!!!!

Staff member
GOLD Site Supporter
Oddly enough, one of the slowest planes, the Hurricane, is the real hero of the battle of Britton
M

GOLD Site Supporter
I worked with a guy who was a P-38 pilot in the pacific and he said if you could sucker a zero pilot into chasing you in a steep dive the zero would fly apart. With it's speed I can understand why.

In the battle of Britain the Germans had very limited fuel once they were over England. The Brits could rearm and refuel very quickly.
The Hurricanes could turn tighter than the 109's.

That and Hitler was running the show and he knew nothing about military tactics. Luckily for the Allies.

PJL said:
In the battle of Britain the Germans had very limited fuel once they were over England. The Brits could rearm and refuel very quickly.
The Hurricanes could turn tighter than the 109's.

That and Hitler was running the show and he knew nothing about military tactics. Luckily for the Allies.
Click to expand...

There is nothing more vicious than a man defending his home and family. Hitler underestimated the stubborn grit of the British airmen defending their homelands. The ME 109's were faster and more maneuverable. Except coming in hampered with the weight of bomb loads. But the Germans had to face clouds of determined Spitfires as they entered, and as they left England.

The attrition, on both sides, was enormous.

The Spitfire held the advantage, More HP by almost double, and higher operational ceiling. A faster climb rate despite being being heavier. In truth, the better aircraft in a dog fight.
Stats here
Spitfire vs Bf-109 – Comparison – BVR – Dogfight (aviatia.net)

A good analogy would be road rage battle between a one ton Dodge diesel pickup and a Ford Mustang convertible.
Last edited: Jan 29, 2021

Puckle said:
That chart is a bit misleading - it uses stats for an early spitfire - the mark 14 which was more the era of the corsair was good for 450mph
Click to expand...

Just curious, was that in wide use by the British military in the later years of the war? I wonder if the chart, which really is very basic, is providing data for the most common model? The initial model produced, etc?
You must log in or register to reply here.
Share:
Facebook Twitter Reddit Pinterest Tumblr WhatsApp Email Share Link
Top