Ceee said:
Yeah, that pissed me off.
Click to expand...

Democrats control Congress and the White House. What exactly what can any Senator be doing when on leave from Congress because the party that controls it shut it down.

Democrats pull this sh!t all the time but Republicans must be saintly????? This is like scolding GWB43 for not landing during Katrina but not President Biden who didn't even go.

If you want tit for tat, explain or excuse Madam Pelosi touring China town saying COVID -19 is not big deal or bragging about her $14K freezer full of gourmet ice cream whilst half the nation is out of work on lock downs.

WASHINGTON — President Joe Biden said Friday he plans to visit Texas next week following the state’s brutal winter storm that left millions without power but will only go when he determines his presence won't be a “burden."
"The answer is yes," Biden said of a visit to Texas, adding his plan originally was to go in the middle of next week. "But I don’t want to be a burden. When the president lands in a city in America it has a long tail.”
The president said he will make the trip when he decides he won’t get in the way of the state's recovery. A decision on a date is likely to come early next week, he said.

Biden, who this week approved a federal emergency declaration for Texas, did not say where in Texas he might visit. He said he plans to sign a major disaster declaration for Texas as well.
“As I said when I ran, I'm going to be a president for all America – all,” Biden said, seemingly a reference to the Republican leanings and leadership in Texas. “There's no red or blue. It's all about the commitment the American people make to one another.”
More:'Climate change is real': Biden administration says Texas power crisis shows U.S. unprepared for extreme weather

White House press secretary Jen Psaki pointed to the considerable resources required of a presidential trip.
“It is a significant footprint for a president travel to a state, especially for a state that is still recovering from a disaster, so we are taking all of that into consideration before making specific plans."
Power outages numbered about 180,000 in Texas on Friday – down significantly from more than 4 million earlier in the week – but a crisis remains due to the lack of safe drinking water in many areas. Warmer weather is forecast over the next week across Texas after frigid temperatures led to the state's power grid failures.
Last edited: Feb 19, 2021
C

Because I thought he was being a hypocrite:

That's all I'm saying about that on this thread. I don't want PG to be ticked at me for hijacking her thread.

Ceee said:
Because I thought he was being a hypocrite:
View attachment 135109

That's all I'm saying about that on this thread. I don't want PG to be ticked at me for hijacking her thread.
Click to expand...

Girlfriend.. it's freedom of expression. 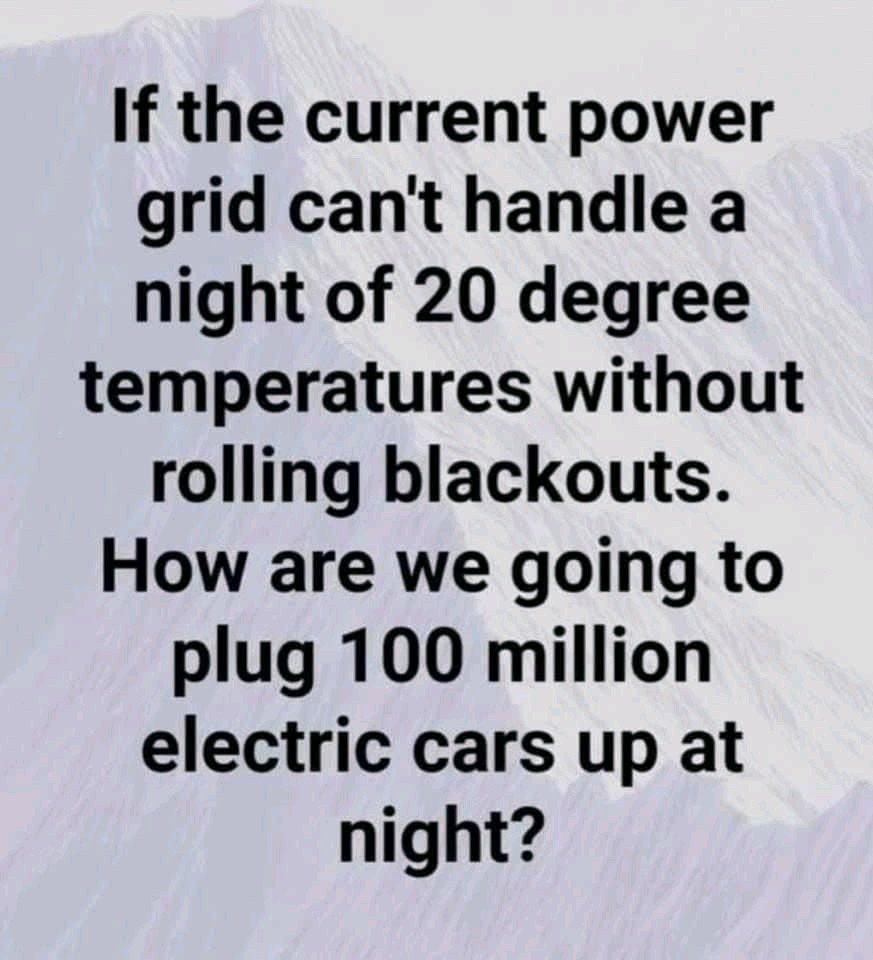 Nurse Ratched, One Flew Over the Cuckoo's Nest:

There is a funny thing from Instagram going around where Trudeau and Biden are speaking in regard to something current.
It ends with Pepe LePew kissing the cat.
Wish I could link it here.

GOLD Site Supporter
New hygiene protocol from the the administration?

NorthernRedneck said:
New hygiene protocol from the the administration?