Staff member
GOLD Site Supporter
This will be interesting to watch to see how well these do on the slopes. Electric motors have huge torque, available instantly, so slopes should be no issue. The issue may be charge life under heavy load, and the load will vary considerably based on snow conditions. The battery is projected to power the PB100-e snow cat for 4 hours per charge. They will certainly be quieter while they are doing their grooming tasks. Scheduled to hit the slopes in 2023.


TAOS, N.M., April 20, 2022 /PRNewswire/ -- Taos Ski Valley today took a major step forward in its commitment to be net-zero by 2030 by being North America's first ski resort to announce it will deploy a fully electric PistenBully snowcat . The 100 E from Kässbohrer is a state-of-the-art snowcat that will be used to groom Taos' slopes next ski season. The snowcat is just the latest in a series of major investments Taos has made to significantly reduce grooming and snowmaking emissions, in addition to a variety of other energy-saving investments.

Grooming is a major operational effort for any ski resort, with snowcats deploying every day before and throughout the entire ski season to prepare the slopes for skiers and riders. Taos has already invested in high-efficiency snowmaking and grooming equipment that use significantly less energy, and now with the new fully electric snowcat, the resort is further demonstrating its commitment to sustainability and its B Corp promise to use business as a force for good.

"Our mantra is to be better, not bigger, and this investment exemplifies that," said David Norden, CEO of Taos Ski Valley. " Achieving net-zero carbon emissions is the right thing to do for our community, our local environment, and the entire outdoor recreation industry, which is on the frontline of the climate crisis. We're grateful to the teams at PistenBully and Kässbohrer All-Terrain Vehicles that partnered with us and worked to help us secure this new snowcat."

The PistonBully 100 E uses a 126kwh battery and can operate for four hours per charge. Taos plans to install specialty charging stations for it in strategic locations throughout the mountain, and the resort has also installed 20 EV charging stations for guests and the local community to use. Taos secures its electricity through the Kit Carson Electric Cooperative, so the daytime electricity used at the EV charging stations is generated through solar arrays, furthering the resort's net-zero commitment. Kit Carson Electric will be 100% daytime solar in June 2022.
. . .
The new PistonBully 100 E is expected to be delivered to Taos in Q1 2023 and will be deployed on the mountain during the Winter 23 ski season. 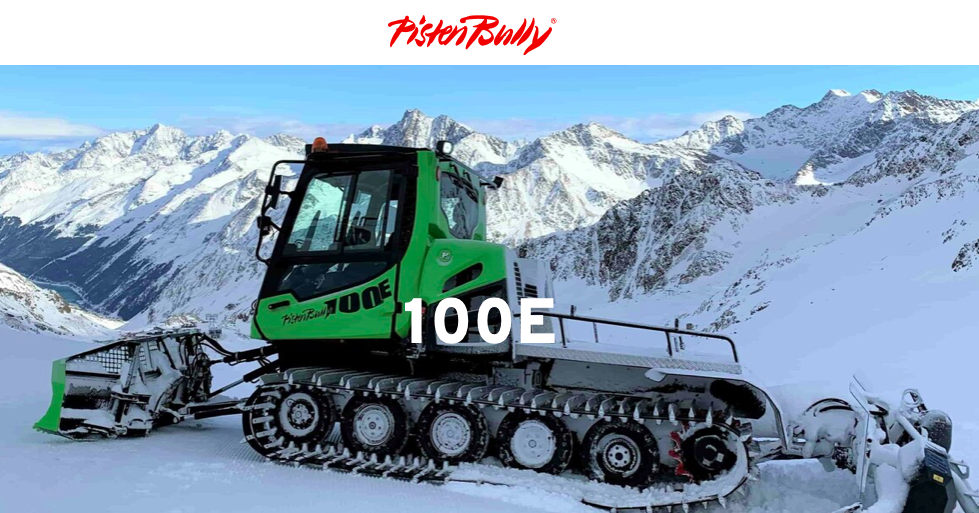 
On the path from concept to a product that is ready for series production​
​
The transition has been accomplished with the first fully electric PistenBully 100 E. Presented as a world's first at the Interalpin 2019, Kässbohrer is now taking the next step forward and developing the trial further toward series production. Of course, we are utilizing the synergy effects from experiences gathered over the past 10 years for electric drives. "We not only want to make this technology ready for series production but also affordable," explains Michael Kuhn, Vice-President Construction & Development at Kässbohrer in Laupheim. "This promising technology won't be used widely until it is affordable. And only then will it have a positive impact on nature."​

SUPER Site Supporter
We worked 8 hour shifts grooming..... are they going to buy twice as many ?

pixie said:
We worked 8 hour shifts grooming..... are they going to buy twice as many ?
Click to expand...

I would have to think so. It is the same question I asked. I also have to think they will need charging stations all over the mountain.
C

Staff member
I can see charging station at the top and at the bottom - in the middle(s), not so much.
hopefully they have an isolated "limp home" battery.
the web site has glowing reports from European testing / test sites, so they may be onto something.
M

GOLD Site Supporter
The way they do the electric forklifts I see in plants is, they are leased and have extras that are docked charging while the others are in use then swapped out. If designed to, they could do that with the batteries only where the battery is quick changed.
You must log in or register to reply here.
Share:
Facebook Twitter Reddit Pinterest Tumblr WhatsApp Email Share Link
Top