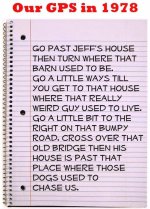 Staff member
Do you remember 1984

GOLD Site Supporter
I remember a Gulf station at the corner of 4th and Main in Delphos.
1971. 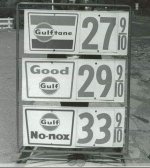 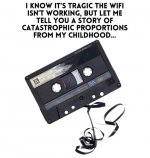 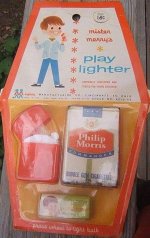 Staff member
Slipped right by me .... 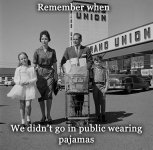 I remember as a kid, having just about everything a young boy needed right in his pockets.
On any given day emptying them would most likely produce:

A book of matches.
A Barlow 2 blade pocket knife.
A few firecrackers.
A crumpled up picture of a tit cut from some kids fathers playboy.
A .22 bullet or two.
A sucrets tin with a couple cigarettes.
A roll of red caps.

I know there were more things that I can't recall, that most likely would get a kid these days labeled as something, put in jail, or permanently put on the no fly list.

We'd all probably still be in jail today if the current thinking applied back then.
We were absolute sexual molesting predators because every now and then, we might sneak up on a pretty girl and steal a kiss.

I'm still not sure how we got hours of enjoyment out of these, but we did.

Then somehow, some of our friends parents decided they didn't like their kids anymore, or else decided they needed to be weaponized at school.

I'm willing to bet you couldn't even get on to a plane today with these in your pocket.

How about these stupid things?
The "Footsie"

I remember seeing more of them hanging from power lines than I do seeing people actually playing with them.

Then, it almost goes without mentioning....
This child extermination game.

Staff member
I remember Jarts. Fun game ruined by PC bullshit. To old for the others I guess, as I never played them.

Bannedjoe said:
How about these stupid things?
The "Footsie"

I remember seeing more of them hanging from power lines than I do seeing people actually playing with them.
Click to expand...

So did my sisters.
I guess somehow it was more of a girl thing.

Bannedjoe said:
So did my sisters.
I guess somehow it was more of a girl thing.
Click to expand...

The boys would've looked like sissies hopping around with those things.

pirate_girl said:
The boys would've looked like sissies hopping around with those things.

It' probably why they ended up in power lines.