Staff member
GOLD Site Supporter
Tesla has a lot of charging stations but it takes hours to charge a car battery to full capacity. Well it did. Using a new battery, developed by Israeli engineers, backed by British Petroleum, combined with new chargers that could be installed at BP (and other) gas stations, it may only take 5 minutes to recharge your electric car! 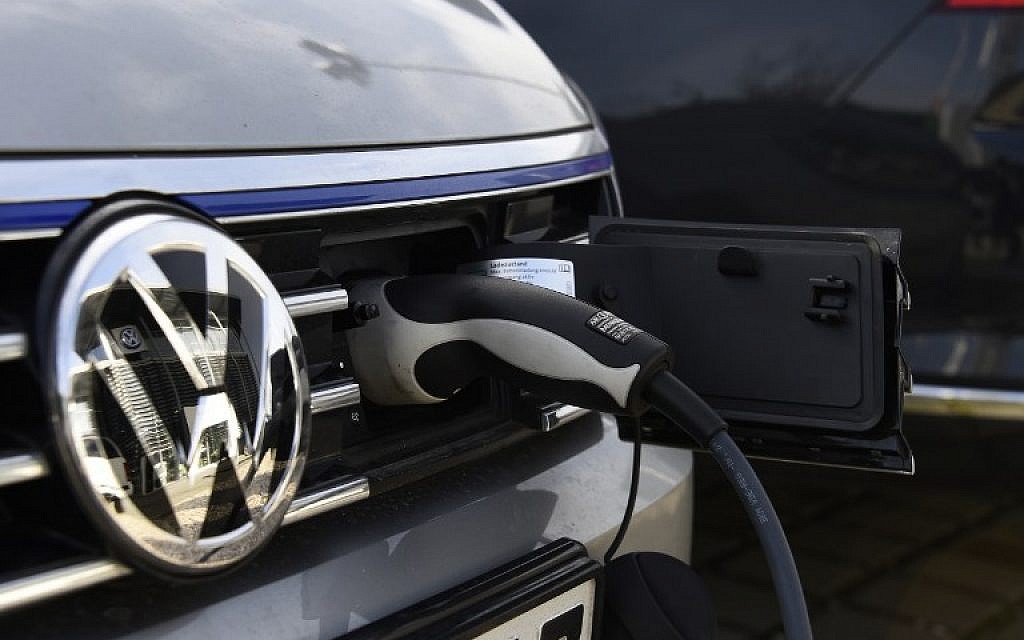 Herzliya-based startup StoreDot unveils solution for main obstacle to widespread use of electric vehicles, but it requires major upgrades to charging stations

Herzliya-based startup StoreDot unveils solution for main obstacle to widespread use of electric vehicles, but it requires major upgrades to charging stations​

Israeli company StoreDot announced Tuesday that in a landmark achievement in the electric vehicle industry, it had managed to develop the world’s first car battery that can be fully charged in just five minutes.

However, the invention will take time to become commercially feasible since the ultra-fast charge would require much higher-power chargers than are currently available, The Guardian reported.

Electric cars, which are a major part of global attempts to tackle the climate crisis, have faced the challenge of batteries taking hours to fully charge, giving rise to “range anxiety” — the fear of a battery running out mid-journey and the driver getting stranded at a charging station.

Staff member
This could be HUGE. It takes close to 5 minutes to fill your tank with gas, if you could completely charge and be ready to drive 300+ miles it would sure be a game changer.
B

The chargers I see are 'pay per use' or 'subscription' charge. Not free. But then I don't look at them much anymore.

Yes, the 5-minute charge would be a fee too.

John Voelcker singled out one such example, for comparison’s sake. “The EVgo network charges $1.50 per hour for Level 2 charging at up to 7.2 kilowatts. That’s the standard plug on most charging stations.”

Checking the company’s website, a pay-as-you-go approach, and monthly membership both permit 45-minutes of (Level 3) fast-charging. This is the quickest approach to charging your electric car but, as Voelcker points out, “fast charging is more expensive than Level 2 charging because you can’t do it at home.”

The faster the charging, the higher the rate​

These units, unlike a typical 240-volt Level 2 home recharging system, are prohibitively expensive for a private individual to have installed. Tesla has its own dedicated Supercharger network but, once again, the rates can vary widely depending on region, timing, the model of Tesla being charged, and even if you choose Tier 1 or Tier 2 recharge speeds (the latter being quick but more expensive). One important caveat: Tesla Superchargers only work for Tesla vehicles.
Last edited: Jan 21, 2021

Doc said:
This could be HUGE. It takes close to 5 minutes to fill your tank with gas, if you could completely charge and be ready to drive 300+ miles it would sure be a game changer.
Click to expand...

Yes, this is the gaming changing factor. Once it is addressed, kiss the internal combustion engine good bye.

GOLD Site Supporter
By the time these batteries and chargers are out, Tesla will be making several million vehicle's per year.
Tesla all ready has by far and away the largest charger net work in the world, and are adding more every year. In 5 years there could easily be half a million charging stations.

Not saying the OP is wrong, just saying getting into the game in 3 to 5 years is getting pretty late.
Next on Tesla's plate is full self driving. They are first, and will dominate this area of tech.. And they will profit from it
years before anyone else.

BTW a full charge for a tesla at a station is about 45 minutes. To get an 80% it only takes about 20 minutes. They recommend to operate it between 80-20% for max battery life.

It will be an interesting time to see what unfolds.

But I will consider one that takes 5 min to charge.

Melensdad said:
Kirk I’m not buying any e-car that takes 20 min to charge to 80%

But I will consider one that takes 5 min to charge.

And even if Tesla quadruples their charging locations they will only have a fraction of the number of locations compared to BP locations
Click to expand...

I get your point and I know so does Tesla.
Not real sure on the charge times, but the new Tesla proprietary battery will be faster to charge than the current smaller cells are.
For many who need a car to commute, a more affordable Tesla is in the works. Might see it in 2022. Most will be charged at home over night.
I am also quite sure not much goes on in battery technology that Tesla is not aware of. Elon says the best idea's in batteries tend to show
up at Tesla for a show and tell.
I see a problem you maybe are not. It is in the OP. It states a much larger source of power is needed for this quick charging to work.. It sounds
like quite a big jump in Utility infra structure for them to make them feasible to use..... Getting the Utility to play ball with you is not as easy as it sounds, especially if your asking for a major upgrade in power...

Tesla is absolutely changing how an automobile is made. They now have 3 factories with the largest die casting presses ever built. Literally they are casting the chassis in 3 pieces that bolt together out of an aluminum alloy. Lighter cheaper and stronger, those 3 words I like. This will allow lower production costs and faster assembly times as well.. Speaking of assembly, in 18 months Tesla will have an annual capacity of over 3 million cars per year. Tesla has met all it's goals since becoming profitable with out spending one thin dime on advertising. Once they start advertising, and have ready to sell cars in all the major cities, most companies will just be ramping production of their very first cars. Tesla has over a decade of experience under their belts.

Now add in Tesla power wall and solar shingles for your home and you drive for free. At Tesla charging stations, all you can use for $16 month.

Oh and did I forget to mention Tesla Mega Pack energy storage for utility scale grid storage? That unit is now turning a profit to!!

But should recuse myself from this thread because of the insane amount of money my stock is now worth.

GOLD Site Supporter
They need an Italian stylist though. The cars are blah. So pedestrian. Almost Japanese. Batista Farina, Zagato, Ghia, Bertone, etc., that's what he needs. Yes, torque is almost scary, but a car has to have soul to be great.
The physics of a 5 minute charge - to transfer that much energy! Some big ass wires and controls. Nuke plant next door? 16,500 vac at the plug is about the only way to get manageable cords the way I see it.
So on my side of the state, two nukes withing 30 miles or so. They are closing Palisades in a couple years. Where's all the power going to come from? Cook can maybe do the work of its old self and Palisades, but then add a few hundred thousand electric cars, I think I'll be having brown outs and drooping wires in my area.

waybomb said:
They need an Italian stylist though. The cars are blah. So pedestrian. Almost Japanese. Batista Farina, Zagato, Ghia, Bertone, etc., that's what he needs. Yes, torque is almost scary, but a car has to have soul to be great.
Click to expand...

I totally agree with this point. Styling could be better, much better. The coming roadster is very cool, I can believe it will be a car with soul. Just not with out any amazing sounds lol. That could take some getting used to!!