GOLD Site Supporter
My heart is breaking as I type this. I lost my dad yesterday in a tractor trailer incident. He was retired for a few years but decided to go back to work out of boredom at 67 driving a tractor trailer hauling heavy equipment around the region.

He was delivering a large excavator to a work site. The trailer has the detachable goose neck to unload from the front of the trailer. After he was done unloading the machine, he backed up the tractor unit to reconnect. He forgot to pull the air brake know and when he reconnected the air lines, the brakes released and the truck rolled backwards over him killing him instantly. We are all in shock.

This is him 3 days ago on their 48th wedding anniversary. 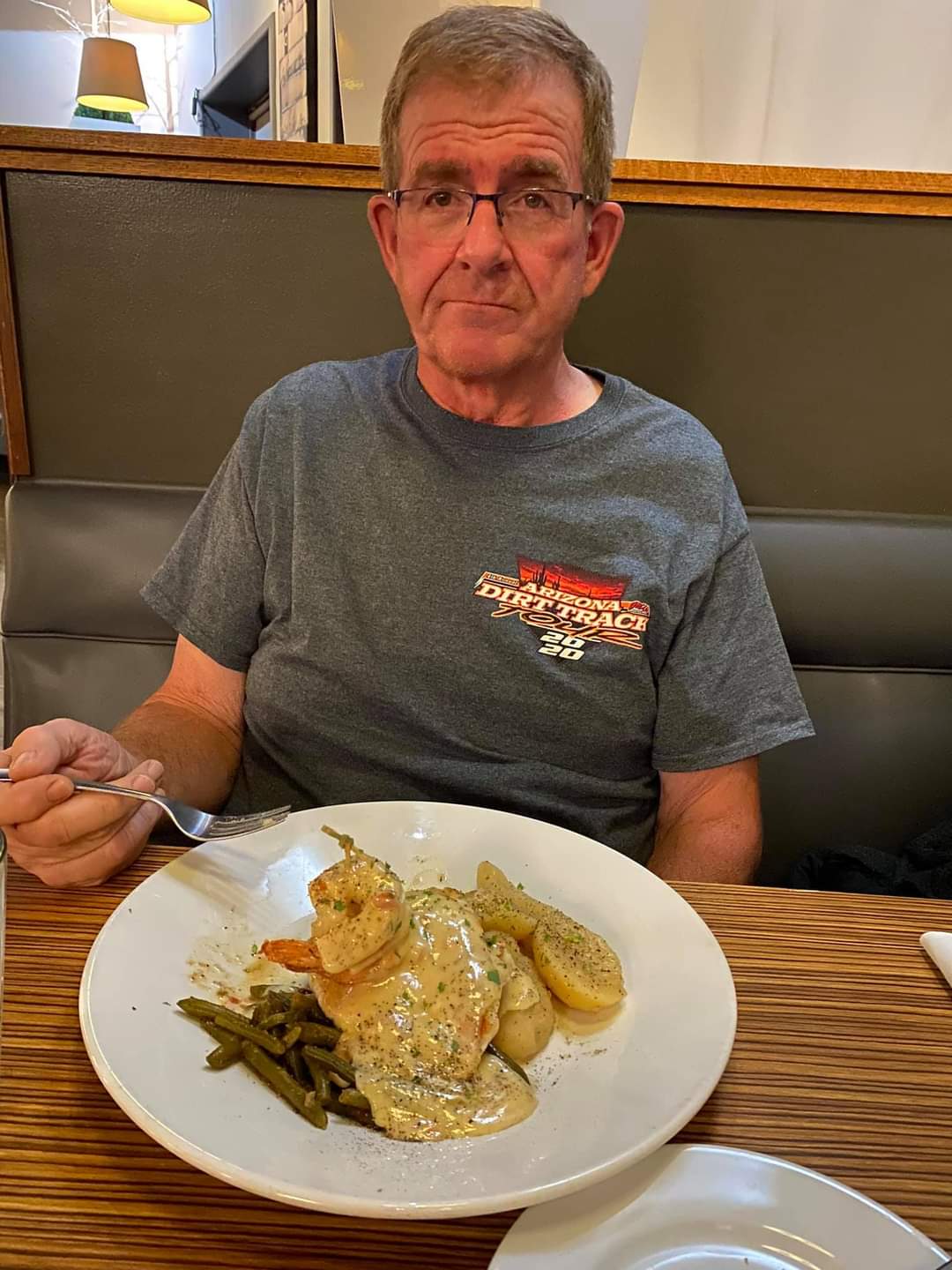 GOLD Site Supporter
Brian, I am so very sorry.
?

GOLD Site Supporter
OMG ?
So sorry to hear this news. Prayers for you and your family.
M

GOLD Site Supporter
Our condolences to you and your's !!

Staff member
GOLD Site Supporter
wow. So sorry Brian. That is so horrible. A nightmare. Prayers for your dad and your family.
N

So very sorry to hear you lost your Dad. I know how close you were with him. Remember the good times at the races and fishing trips. Prayers and memories will comfort you.

GOLD Site Supporter
I honestly don't know what to say, except I am very sorry.
B

Staff member
GOLD Site Supporter
That is terrible. I'm so sorry for your family.

GOLD Site Supporter
Thanks guys. It's been a long night. He always said that he didn't want to suffer in a hospital bed and instead go quickly doing something that he loved.

Dad didn't need to go back to work as they we financially well off. He wanted to stay active and busy. They normally go to Arizona every winter but haven't been able to due to covid restrictions.

(I wonder if the coroner's report will list the cause of death as covid?)

NorthernRedneck said:
(I wonder if the coroner's report will list the cause of death as covid?)
Click to expand...

I know a hospital would
E

GOLD Site Supporter
Saying that I'm sorry to hear about your dad doesn't seem to cover it. Brian, you and your family will be in our prayers.

So sorry for the loss Brian

GOLD Site Supporter
It's still hard to believe that you won't be walking through the door ever again. Dad was the one that held us all together. He was always there for us. Now is the time to be there for him.

It's nothing official but we did get word back from the coroner that it may have been a mechanical issue with the truck that caused it to roll backwards over him as it appears he may have already been laying on the ground between the tires trying to free a stuck brake pod on the truck when it rolled backwards crushing him. There was evidence of blocking being used to keep the truck from rolling backwards.

My parents always enjoyed going out to dinner. Here they are recently.

GOLD Site Supporter
So sorry for your loss. I miss my dad as we did lots of projects together. The time you and your dad spent was precious, great memories. This accident makes me think more about how I do things which can be dangerous. Many of us do stuff that we have been doing so long that it is easy to forget one step. My thinking isn't what is was, but I still do stuff. You have given me and I know others with the grey hair a gift. I hope the memorial race goes well for you and your brother.

GOLD Site Supporter
Thank you. As I told the rest of my family, the races this weekend are no longer about prizes, trophies, or victories. The biggest victory for us this weekend will be watching my brother pull out on that track knowing that we're all in that car with him and that dad is watching down from above with a smile on his face seeing how we pulled together as a family.

We went to see the transport and get his belongings this morning. As the truck is at the tow yard and was locked up, we were met by the owner of the towing company who was there to haul the truck and trailer. What happened was that he was parked on a hill unloading the excavator at a construction site where a new house was being built. When he finished unloading it, he went to reconnect the gooseneck and lowbed portions of the trailer. The two halves weren't lining up so he was in and out of the truck several times. The last time he was finally able to couple the sections together. And in a rush, forgot to engage the air brakes before reconnecting the lines. As soon as he connected the first line, the brakes released and the truck and trailer began rolling backwards at a high rate of speed sucking him under the back tires. It rolled right over him and continued on another 200 feet down a hill before crashing through the house hitting two construction workers (they were thrown aside and survived). The trailer then crashed through the opposite side of the house and hit a parked van which stopped it.

My condolences to you and your family.
J5 Bombardier

RIP. It is really easy to get killed around big rigs. The brake button has killed more than one driver.

Staff member
GOLD Site Supporter
It has been crazy here at my home and I really should apologize for not sending my condolences sooner. Your sudden loss is both tragic for your family and a shock to all in your circle of friends. Sometimes I lose track of what is really important and get stuck in my own life but the reality is that we all need to stop, to stand still, to appreciate what we have, and to see the good in everyone around us. You just lost one of those very good things and there is no way I can express how sorry I am for your loss. Nor can I express my own sorrow for not expressing this sooner.

This week has been a whirlwind for us. It still feels like this is all a bad dream and any minute he'll come walking through the door. But I know that will never happen.

On a more positive note, dad was working for a smaller trucking company hauling gravel and lowbed hauling heavy equipment around the region. They have been great and bending over backwards. 2 days ago, the owner came to see mom and they were talking about how my parents just bought the place in the spring and had been working on clearing dead trees and leveling the land around the garage. Yesterday, they showed up again with a dump truck and excavator to load up all the dead trees and dump a load of gravel to widen the driveway. 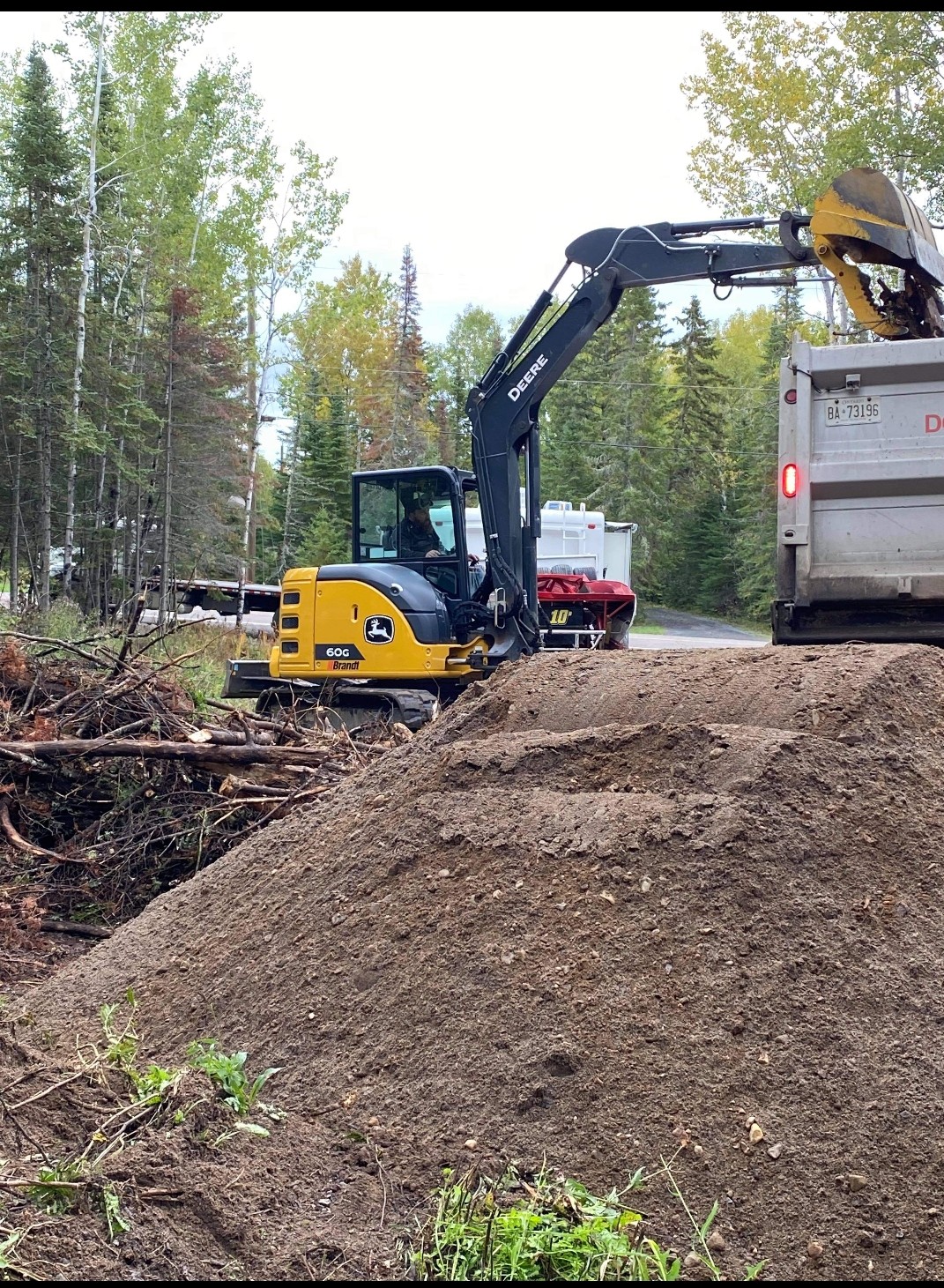 GOLD Site Supporter
You gata love working people who get it. Bless you all.
J

I am so sorry Brian,your dad looks beaitiful!!

GOLD Site Supporter
So sorry for your loss, my condolences to you and your family.

GOLD Site Supporter
This is dad just a few weeks before the accident. He loved trucking and when they couldn't travel south for the winter because of covid closing the borders, he went back to work to keep busy. He was delivering heavy equipment all over northwestern Ontario and Manitoba and loved it. Retired for 11 years and went back to work when he couldn't travel. 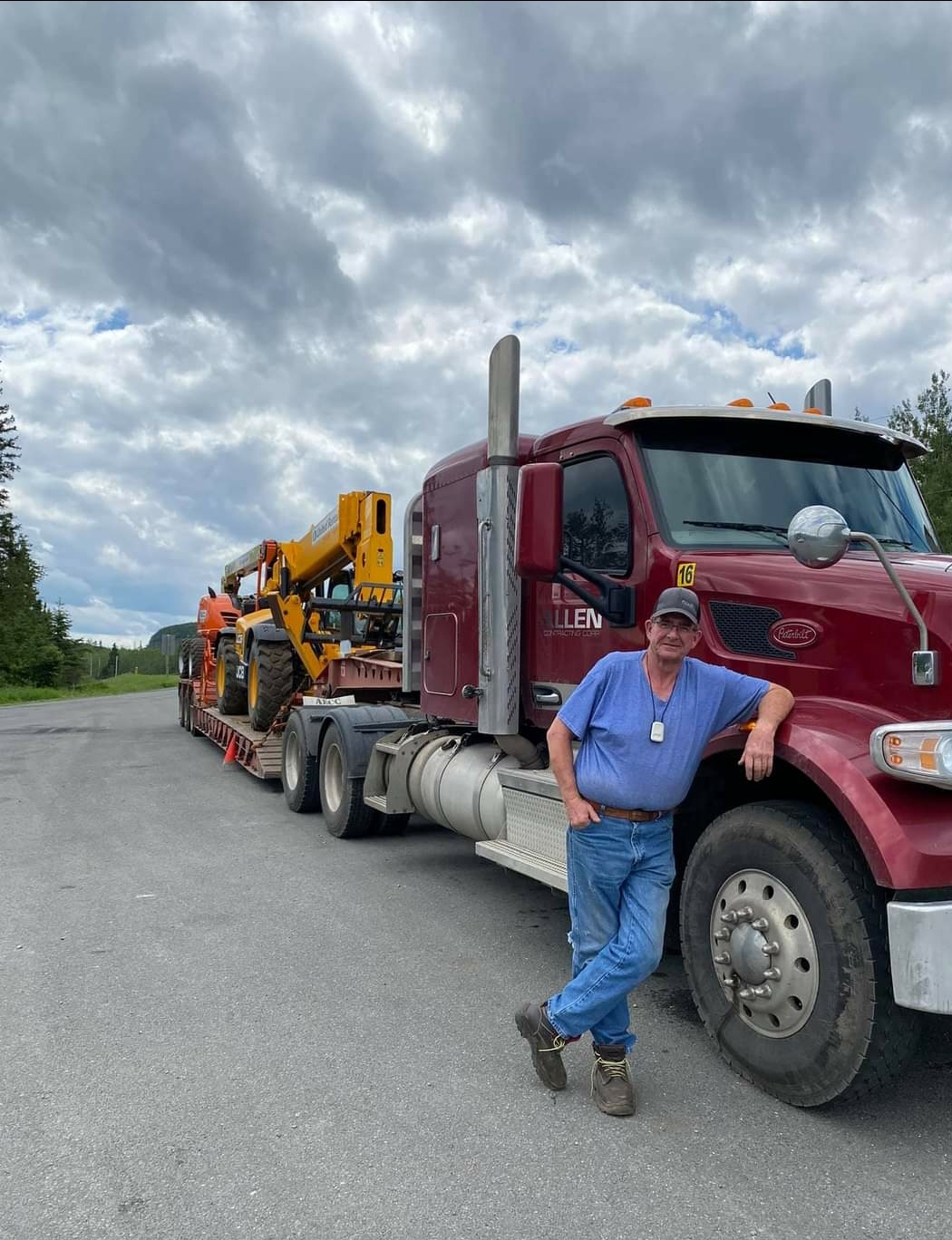 GOLD Site Supporter
Looks like he was enjoying himself there, even got the little ripon the side of his leg on the blue jeans from the traitors, I got a whole set like that.

GOLD Site Supporter
my condolences, remember all that is good in the world and you are most fortunate to have a Dad that you saw as your hero and looked up to him with deep respect...god bless

NorthernRedneck said:
This is dad just a few weeks before the accident. He loved trucking and when they couldn't travel south for the winter because of covid closing the borders, he went back to work to keep busy. He was delivering heavy equipment all over northwestern Ontario and Manitoba and loved it. Retired for 11 years and went back to work when he couldn't travel.