Look what followed me home ...

Staff member
Last year the wife and I both thought we were ready to sell our powerboat and move to a pontoon. But it had to be a tritoon with decent power.
We bought a brand new very nice 25ft Manitou Pontoon with a 350 Suzuki engine. Awesome set up. But wife sorely missed the cuddy cabin where she could escape the weather and make use of the facilities when needed. I missed the cruising and the way a deep V cuts through the water. So we decided to sell this slightly used tritoon.

That was in February. We had a condo reserved at the beach for the entire month of March, but I put the pontoon on the market before heading to the beach. I was shocked at the interest in the pontoon. And since i could not sell it from the beach I took names and told them when I could show them the boat. Then a week before returning a would be buyer put a non refundable deposit on it and followed through and bought the boat. Perfect.

That put me in buying mode. I had to find a boat similar to what we had before ... a mid cabin open bow 28 ft single engine boat. Sunsation 288 MCOB. I put an ad out that I was shopping for one and got a few hits. I ended up buying one that was in upper NY, near the finger lakes. Beautiful area. Anyway I drove up there yesterday and brought this baby home with me. It's a 05 Sunsation 288, very well cared for with only 196 hours on it. For comparison, the 2020 Manitou had 100 hours on it when I sold it. Here are a few pics of the boat before hooking up and pulling it to my place. 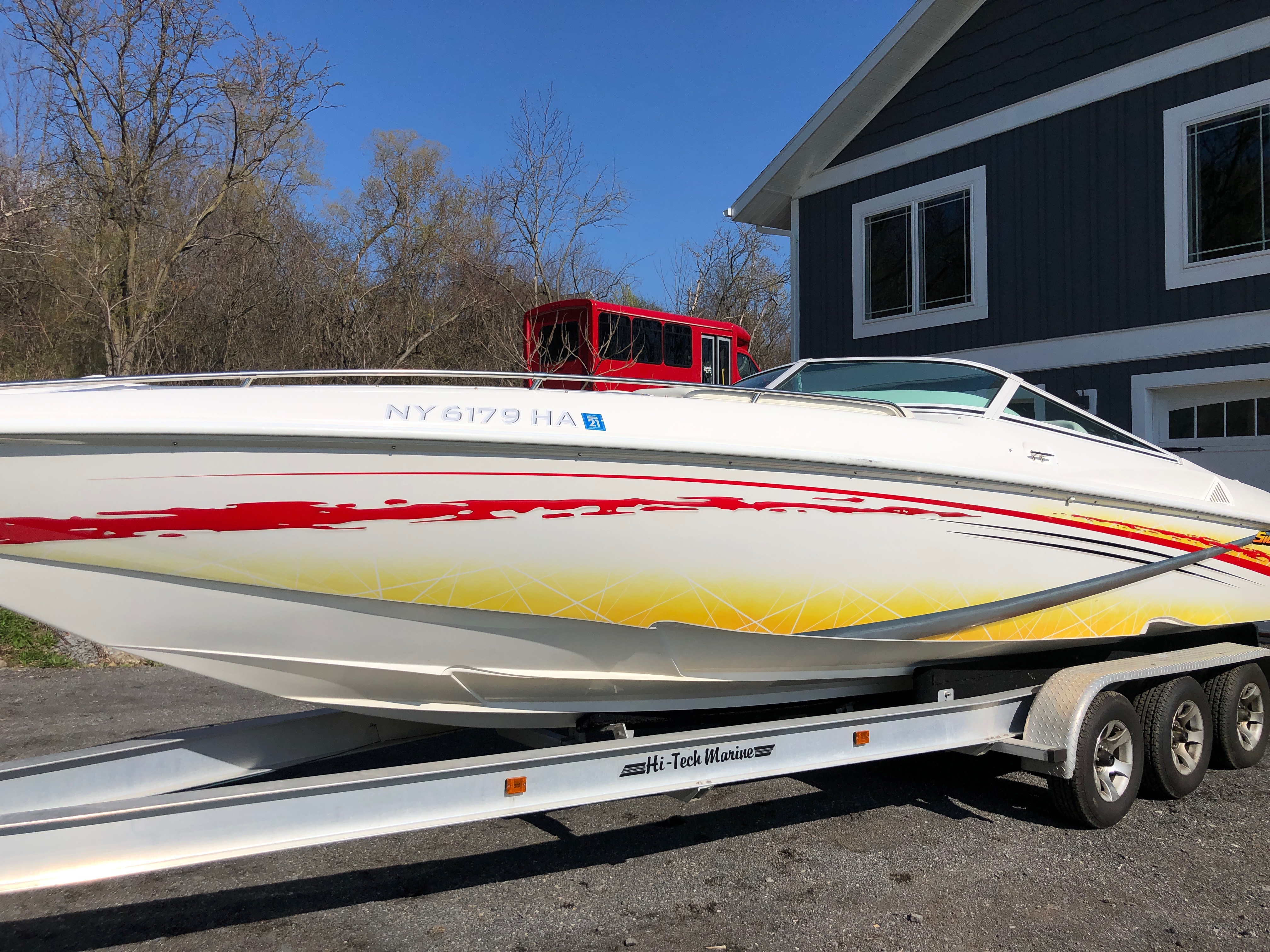 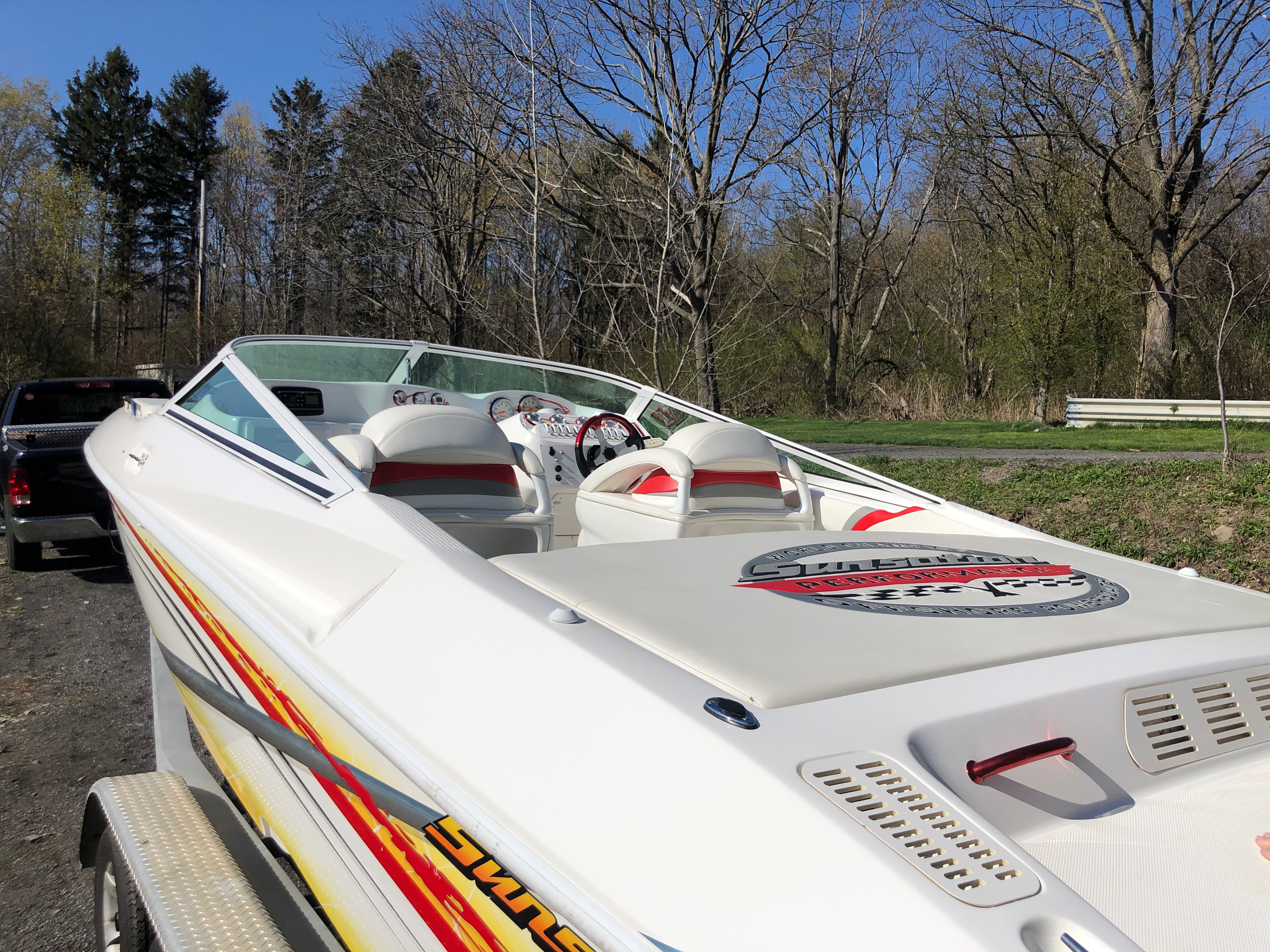 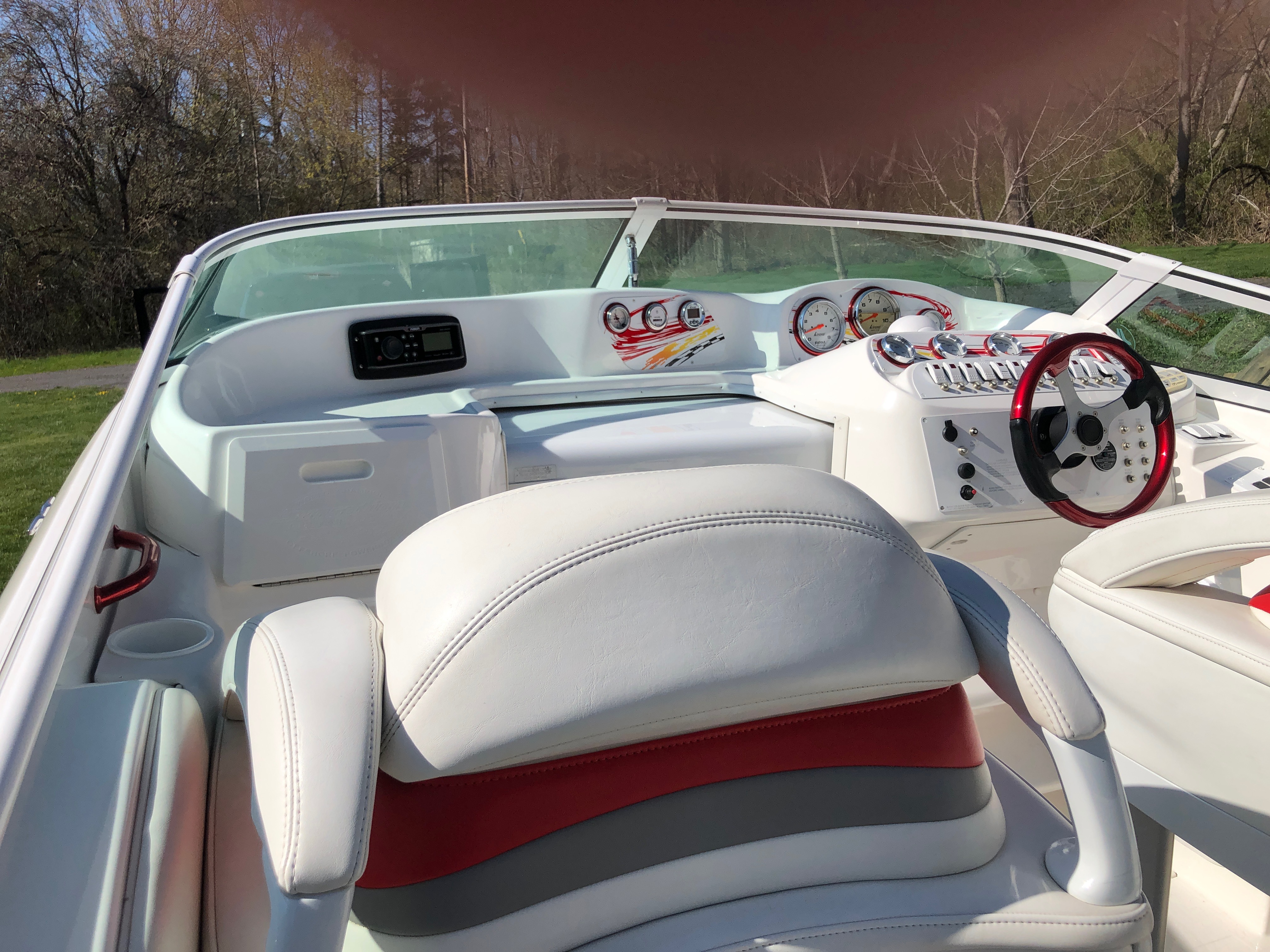 GOLD Site Supporter
That'll get you there in a hurry.