Keystone XL pipeline cancelled. Who benefits? Where to invest now?

Staff member
GOLD Site Supporter
I have some liberal friends celebrating the cancellation of the Keystone XL pipeline.

They mistakenly believe that the oil is going to stop coming out of the ground in the Canadian Oil Sands fields. It will still come out of the ground, it will just continued to be hauled by trains and trucks, as it is now. But somehow they think the sun will shine brighter, the grass will be greener. Trucks and trains spill more loads than pipelines, but that is not something they understand???

But can we, as small investors benefit from this? Perhaps investing in trains and trucking firms? Perhaps in road construction companies that will be building the roads for those trucks? Or perhaps truckstops that will pop up at faster rates to support those truckers? 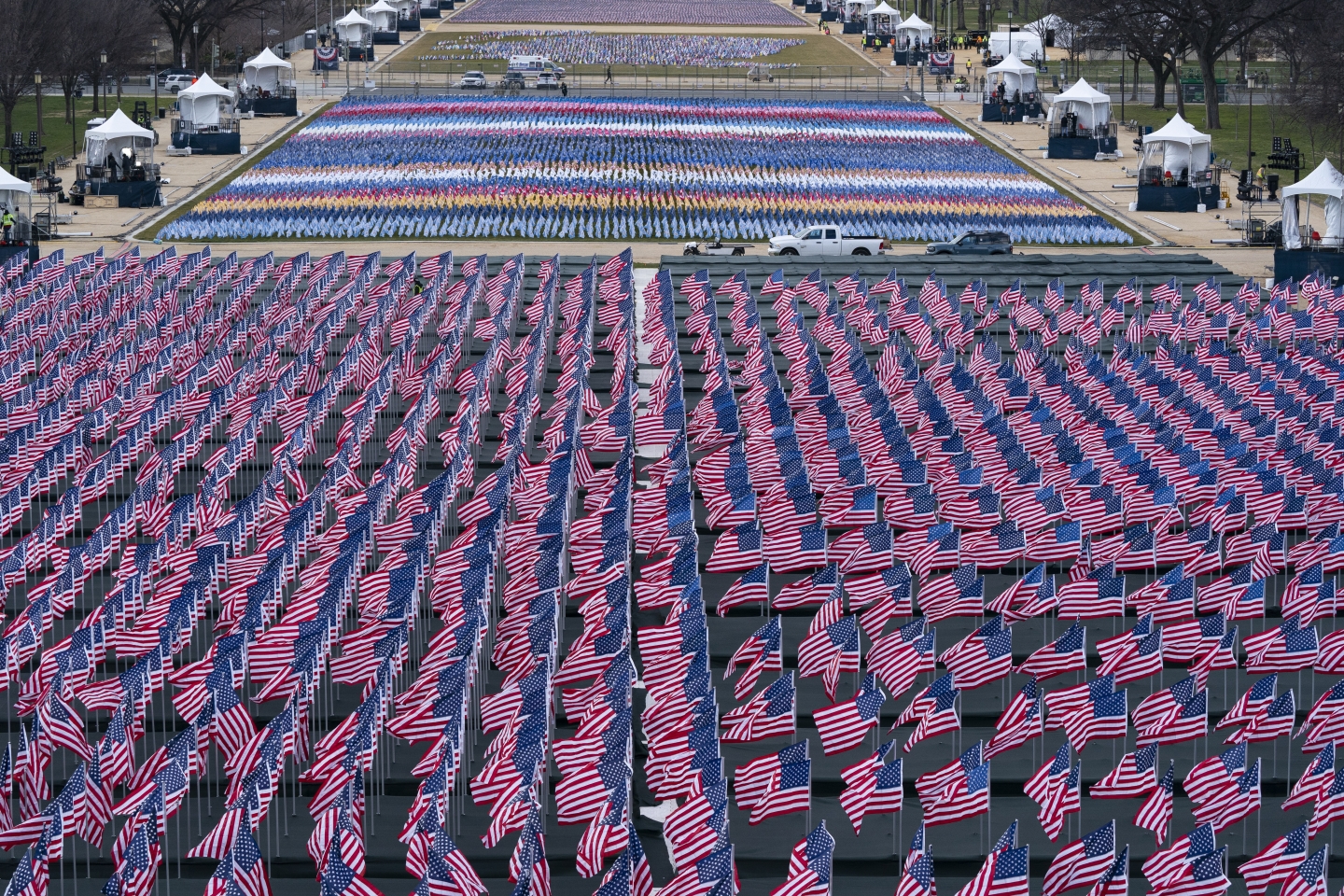 Earth to Joe Biden: Canceling Keystone XL Pipeline Is a Gift to China and Russia

Joe Biden’s plans to cancel the Keystone XL Pipeline is a gift to someone. The radical green groups for sure: they have opposed the oil link since its inception. The trucking and railroad indust

Earth to Joe Biden: Canceling Keystone XL Pipeline Is a Gift to China and Russia​

Daniel Turner​
Joe Biden’s plans to cancel the Keystone XL Pipeline is a gift to someone. The radical green groups for sure: they have opposed the oil link since its inception. The trucking and railroad industry will benefit, too, because once the pipeline is stopped, then the oil will be transported in and around America by something with wheels. It’s also a gift to our adversaries: for who will benefit when America and Canada can’t bring their fossil fuels to market? The competition. Russia and Venezuela will be thrilled to know their market share will increase thanks to the Biden Administration’s fumble.​
​
What’s fascinating about Keystone is how un-fascinating the project actually really is. Sure, it’s a marvel of engineering and an extraordinary accomplishment of human and mechanical skills. The 1,200 mile pipeline from Alberta, Canada to the U.S. Gulf Coast carrying crude oil to be refined is a great infrastructure project. A State Department study commissioned during the Obama Administration (when Joe Biden was Veep, a point which requires emphasis) determined the pipeline would create 3,200 temporary construction jobs directly, 42,000 additional jobs indirectly, and generate over $2 billion in wages. For the people in Montana, South Dakota, and Nebraska, the states through which the proposed pipeline will transverse, that’s an enormous opportunity.​
​
Joe Biden claims to love infrastructure. His “Build Back Better” program commits to infrastructure programs which create “good paying” jobs and achieve “net-zero” emissions. (Know what has emissions? Trucks and trains. Know what doesn’t? Pipelines. But alas, there’s no place for facts in a party which simplistically “believes in science.”). Eliminating Keystone for purely political reasons eliminates these jobs and all the opportunities for these communities. Rural America will not fare well under the Biden energy agenda. After all, this is just the beginning.​
​
Are pipelines scary? If you think so, I have the plot of a horror film: the call is coming from inside the house. Your house is full of pipelines. America is crisscrossed with over 2.6 million miles of pipeline. That’s enough to get to the moon and back....more than five times. Is there a risk? Of course, and the Pipeline and Hazardous Material Safety Administration, part of the U.S. Department of Transportation, records all pipeline incidents. Last year there were fewer than a dozen considered “serious” and one tragically resulted in the death of four workers in Texas.​
​
Let’s compare that to trucking, which is the fallback transportation method after the pipeline is ignorantly canceled. Another office at the Department of Transportation, the Federal Motor Carrier Safety Administration, also records accidents. In 2018, the most recent year for recorded data, large trucks were involved in 4,862 fatal crashes, 112,000 crashes which resulted in injury, and 414,000 crashes which resulted in property damage.​
​
You tell me which is greener and safer: pipelines or trucks? The facts are clear, and this is no way a knock on the trucking industry which is a vital, noble, and risky profession. It's just a technological reality.​
​
Keystone was also making a massive renewable energy investment, and you’d think that alone would please the green Biden team. According to The Wall Street Journal, “Canada’s TC Energy Corp. TRP 0.29% is committing to spend $1.7 billion on solar, wind and battery power to operate the partially completed 2,000-mile pipeline.” Furthermore, the company pledges “also to hire a union workforce and eliminate all greenhouse-gas emissions from operations by 2030.” These points which hit the very plan Biden promises should trump (pardon the pun) politics and keep the project alive. ​
​
Canada has an economy to run, too, and the country has lots of oil to sell. If Keystone is stopped, it will simply be sold elsewhere. China? Probably. As the world’s largest oil importer at 10-11 million barrels a day, China would love to buy oil from anyone but America. Canada needs revenue and jobs. China needs oil. Losing our northern neighbor’s reliable, inexpensive, and abundant crude to the Chinese Communist Party nation would be a foreign policy collapse. But if Biden wants to continue the Obama-Biden tradition, more foreign policy disasters are to be expected.​
​
I’ve written here before about the great gift to China which is the entire Biden energy agenda. At the same time he will be watching Canada’s oil go to China, Biden will be buying Chinese wind and solar technologies with borrowed American tax dollars. Meanwhile, Russia will be selling its natural gas to Europe, while America will join the other eunuchs of the Paris Climate Accord to keep China and Russia laughing at all of us.​
​
Great plan. Putin and Xi themselves couldn’t have crafted a better one.​
​
Energy policy isn’t the simplicity of soundbites. “Cancel Keystone” is a bumper sticker, not the decision of a serious politician who sees the real world fallout of jobs and geopolitics let alone the increase in emissions that will result.​
​
This is just the beginning of an energy agenda that will cripple us on so many levels: jobs, cost of living, and opportunity. It will hurt our critical allies in Canada and Europe. It will benefit our enemies Russia and China. And it will do absolutely nothing for the environment.​
​
It’s almost as if Joe Biden isn’t the “moderate” we were always told he is, even if his tweets will be nicer than his predecessor.​

GOLD Site Supporter
PM Trudeau will be conciliatory about this and abide with his co-conspirator President Biden, because they are both aligned politically to neuter American industrial power. This despite the economic damage it does to Alberta.

Construction on the long disputed Keystone XL oil pipeline has been halted as U.S. President Joe Biden revoked its permit​

……...Alberta Premier Jason Kenney said Biden's decision is a gut punch for his province, which has a stake in the project.

“It is a insult directed at the United States most important ally and trading partner on day one of a new administration," Kenney said.

“The leader of our closest ally retroactively vetoed approval for a pipeline that exists and which is co-owned by Canadian government, directly attacking by far the largest part of the Canada U.S. trade relationship, which is our energy industry and exports."

But Marty Durbin, president of the U.S. Chamber of Commerce's Global Energy Institute, said Biden's decision is not grounded in science and will put thousands of Americans out of work,

"The pipeline — the most studied infrastructure project in American history — is already under construction and has cleared countless legal and environmental hurdles," Durbin said in a statement. "Halting construction will also impede the safe and efficient transport of oil, and unfairly single out production from one of our closest and most important allies.”...……..
B

Staff member
GOLD Site Supporter
Bob - When Obama cancelled this pipeline, Soros & Buffet bought up the railroad that'll be used in lieu of the pipeline.

bczoom said:
Bob - When Obama cancelled this pipeline, Soros & Buffet bought up the railroad that'll be used in lieu of the pipeline.
Click to expand...

Bur most liberals are ignorant of that!

GOLD Site Supporter
Yea but Trump was a bad man

Canadian lawmakers, including the country’s prime minister, bashed the United States on Wednesday after President Joe Biden rescinded a permit for a pipeline to ship oil from Canada to the Gulf Coast.

Biden took office on Wednesday and, as one of his first acts, rescinded approval for the Keystone XL pipeline that former President Donald Trump had green-lighted in 2017. The pipeline has long been a target of environmental activists and Democratic politicians looking to stop the use of fossil fuels.


“While we welcome the President’s commitment to fight climate change, we are disappointed but acknowledge the President’s decision to fulfill his election campaign promise on Keystone XL,” Trudeau said in a statement, according to the New York Post.

“Canada is the single-largest supplier of energy to the United States, contributing to U.S. energy security and economic competitiveness, and supporting thousands of jobs on both sides of the border,” he continued...……..

I remember every tidbit from the MSM about Trump offending world leaders. So far, from Obiden's* very first day, Canada, our best closest ally, is pissed.

Staff member
GOLD Site Supporter
Even leftists eventually wake up and realize not everyone can be a basement poet & protest leader . . . some people need to work at real jobs to keep the engine of the world economy chugging along.
M

Melensdad said:
Even leftists eventually wake up and realize not everyone can be a basement poet & protest leader . . . some people need to work at real jobs to keep the engine of the world economy chugging along.
Click to expand...

They will only realize that when some people are not doing it anymore and the products they produced are not available, causing shortages and steep prices. Those that live in apartments with minimal jobs or on welfare and take public transportation won't feel a thing. For the rest that work, not so much. It will only get worse from here.
You must log in or register to reply here.
Share:
Facebook Twitter Reddit Pinterest Tumblr WhatsApp Email Share Link
Top