Staff member
GOLD Site Supporter
Sources from the Cord & Kruse Classic auction house in Midland, Texas claim to have one of the world’s most iconic bikes for sale – the Captain America Harley-Davidson from the 1969 classic film “Easy Rider”.

This piece of American motorcycle history comes from the estate of Gordon R. Granger. According to an American Motorcycle magazine released in August of 1997, the bike in question was authenticated around that time by Dan Haggerty. Haggerty rebuilt the motorcycle after he was given the bike in pieces by Peter Fonda himself. According to the article released in 1997, Haggerty kept it until 1996 before sending it to the Dan Kruse Classic Auto Auction in Texas, where Gordon Granger would then gain ownership of the iconic Captain America. 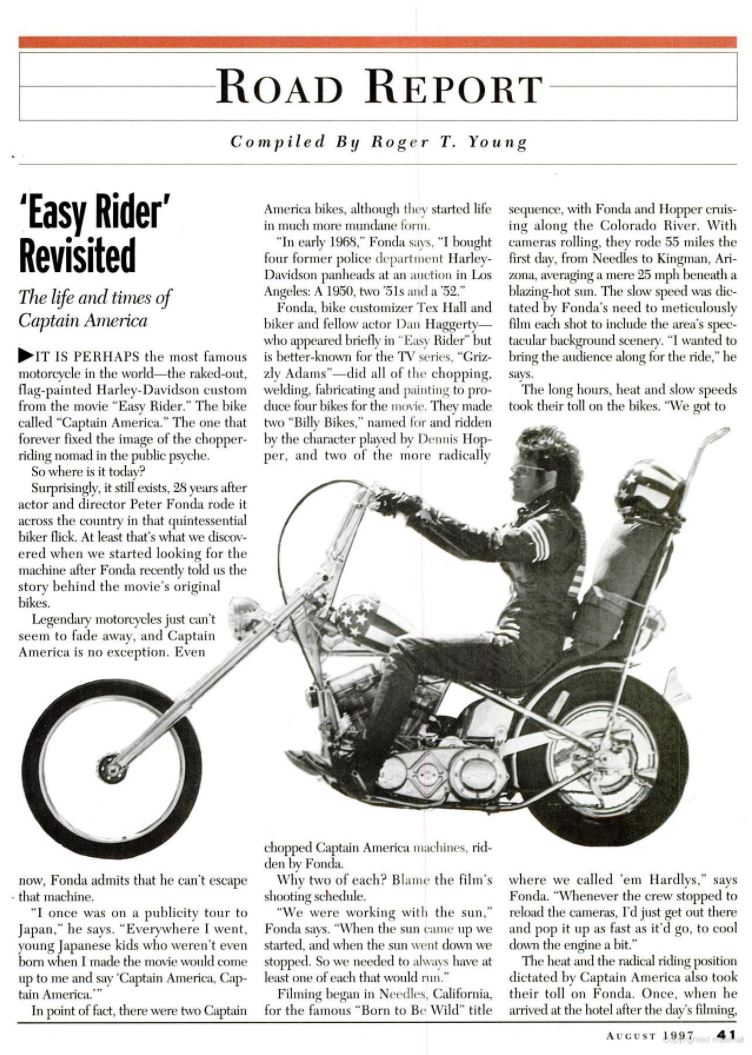 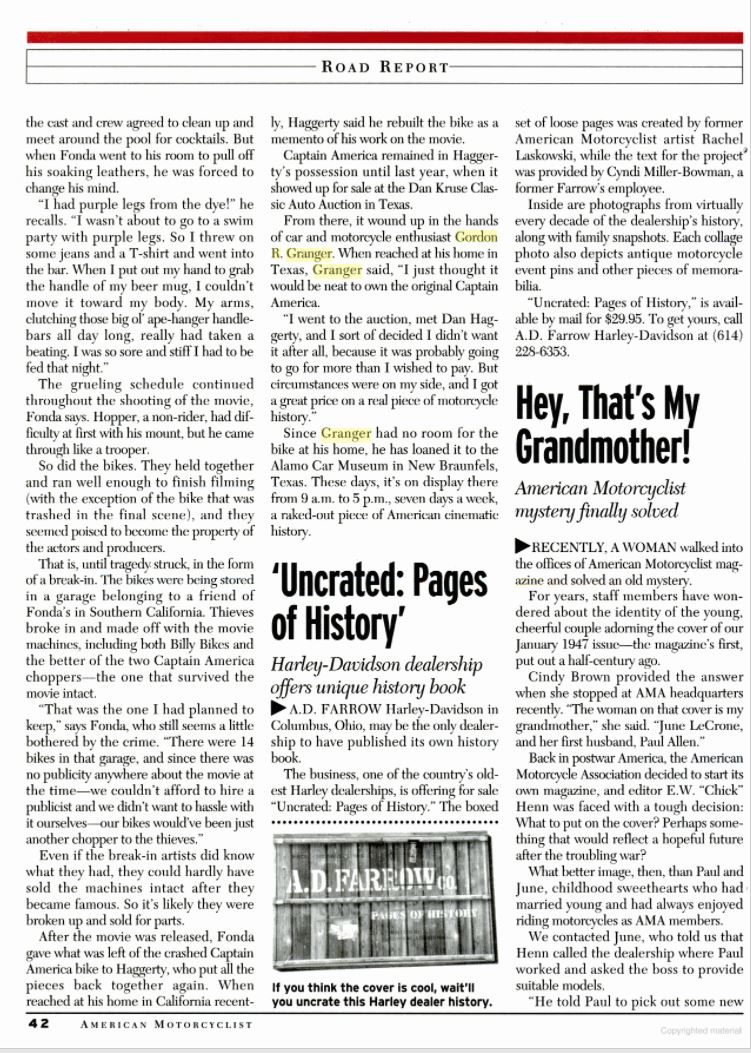 The listing on the Dan Kruse website shares almost no information about the bike, but it does say it comes from the Estate of Gordon R. Granger – this bike is the real deal.

There have been a couple of sources questioning the authenticity of this bike. I don’t blame them, considering there was an auction held for the “real” Captain America bike back in 2014. That bike was authenticated by Dan Haggerty prior to the auction but he retracted the authentication just before the auction was held – the bike still sold for almost $1.4million.

While my heart aches for the chap who bought a replica in 2014, someone is about to get an insane deal on the real Captain America 1952 Harley-Davidson custom. The auction will go live on June 5, 2021, but you can gawk for free on Cord & Kruse’s website.

The post The World’s Most Iconic Motorcycle is Going to Auction appeared first on webBikeWorld.