Looks like we may see a full scale eruption, with possible disruption to air travel, ash in our air for lower air quality, etc.​

Kīlauea is one of the most active volcanos on Earth and "was once a cooling lava lake is now a new fissure eruption," USGS Volcanoes tweeted. 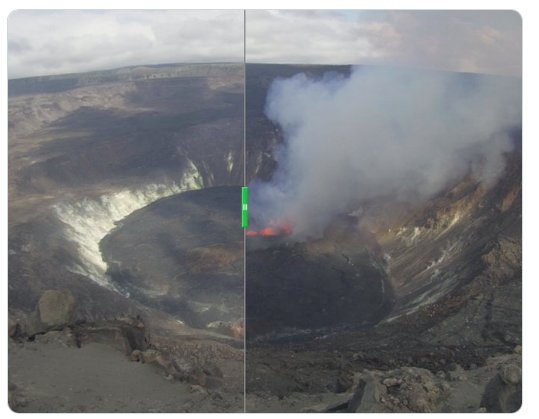 USGS detected the eruption around 1520 local time at Kīlauea's summit crater. The agency raised the volcano's alert system "WATCH" to "WARNING" and its aviation color code from "ORANGE" to "RED" by evening. 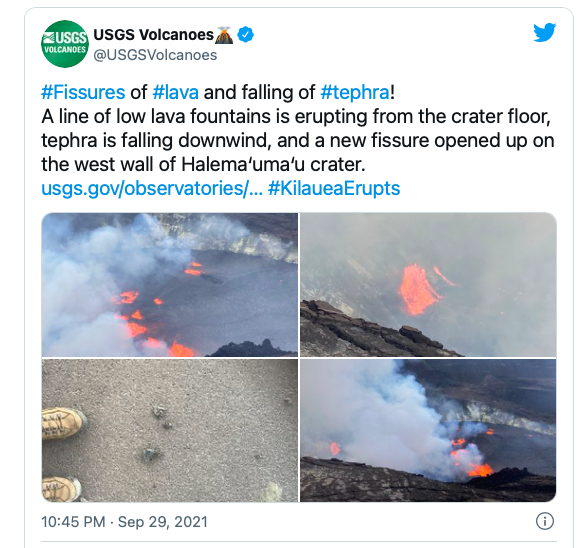 "All signs indicate that it will stay within the crater," Ken Hon, the top USGS volcanologists at Hawaii Volcano Observatory, told ABC. "We're not seeing any indications that lava is moving into the lower part of the east rift zone where people live. Currently, all the activity is within the park." 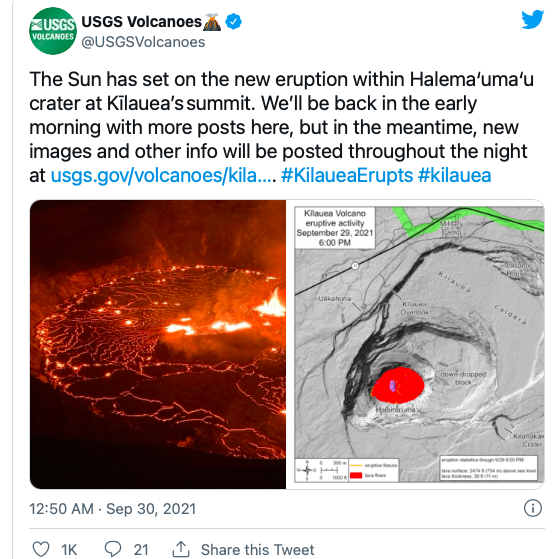 Kīlauea's most recent eruption was around December of last year. Residents in the area were asked to remain indoors to avoid toxic gasses and ash clouds. A few years before that, in 2018, another eruption was more powerful and destroyed hundreds of homes and forced many residents to evacuate.

Volcanologists still don't know if magma has filled reservoirs within Kīlauea, which would repressurize the volcano and result in a much larger eruption.

Yup but if you live on an island with a big, honking active volcano you got to expect it to go bang sometime.