FORD is the new pinnacle of ELECTRIC vehicle manufacturers... so long Tesla

Staff member
GOLD Site Supporter
I've never been a big fan of TESLA cars. They are very nice but I've been critical of spending $70,000 to save a few dollars on gas costs. I've also been critical of short ranges, largely because those ranges simply don't work for me but as a city/suburban car they should be fine. But for Electric cars, the TESLA has pretty much been the only player. NISSAN offers the LEAF, which is a nifty low priced commuter car. I think CHEVY might now have an offering, or maybe its a hybrid, not really sure. The old VOLT was a strange car.

Now we have FORD entering the fray with a MUSTANG SUV powered 100% by batteries. And its apparently a winner.

It has been just weeks since Consumer Reports said that Tesla's Model Y has "well below average reliability”. Now, in a glowing review of Ford's electric Mustang, Edmunds is taking their own shots at Tesla.​
​
In a review and a series of Tweets that were posted this week, Edmunds starts by saying "The 2021 Ford Mustang Mach-E may not be the fastest or most affordable electric vehicle out there, nor does it have the most range" before noting "It is, however, what Edmunds considers the best in the luxury EV class." ​
​ 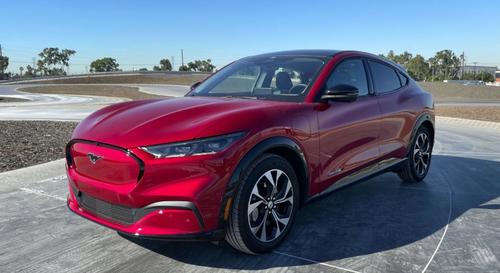 ​
​
Noting that this is Ford's first foray into a fully electric vehicle, Edmunds called the driving experience enjoyable: ​
​

This is the first Ford to be designed specifically as an electric vehicle — there will be no gas-powered version or even a hybrid. Roughly the same size as a Ford Escape or Porsche Macan, the Mustang Mach-E blends typical SUV proportions with some characteristic Mustang styling details. We were initially skeptical about Ford using the Mustang name, but the driving experience is enjoyable enough for the Mach-E to earn that badge.
Click to expand...

On Twitter, Edmunds said Ford "pulled it off" and admitted they were apprehensive on the idea to turn the Mustang into an EV at first. They also said that the Mach-E "really scored" over Tesla's Model Y in handling, calling Ford's EV "vastly superior":​
​
Edmunds also noted that the "Mustang Mach-E has CarPlay, which is another big upgrade over the Model Y".​
​
Recall, last month, we noted that Consumer Reports had also taken some shots at the Model Y and the Model S. In the latest review of Tesla vehicles, Model S ratings dropped due to issues with its suspension - the very same issue Tesla claims China "wrongfully" made it recall vehicles for overseas last month. The Model Y suffered from "hardware and paint problems," according to CNBC.​
​ 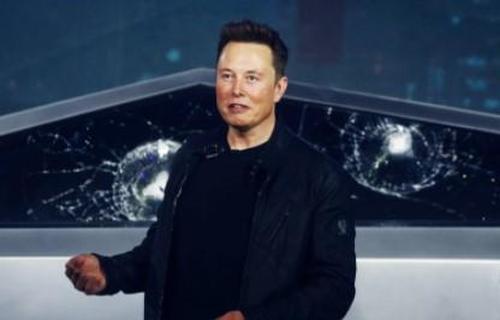 ​
​
Previously, Consumer Reports had named the Model S its top rated vehicle ever in 2015. It's amazing what can happen, though, when you actually drive a few of them off the lot and put some miles on them for a couple of years. "We see a variety of problems on that car. It’s wavered throughout its life cycle," Consumer Reports had said.​
​
Meanwhile, over the Ford test track, Edmunds concluded by calling the Mustang fun to drive: "Let us never forget that the Mustang Mach-E is a Mustang: this EV is actually fun to drive."​

GOLD Site Supporter
I'm still on the shelf over electrics. I agree with you that $70K is ridiculous for a commuter car that never pays off savings. First, you still pay for the electricity to charge it. Secondly , you cannot travers the country with one. At least not yet.

Before Obama gave Chrysler to the Fiat company, they had a full line ready to go. This FORD entry is 10 years later. That should tell you how marketable the concept is with current (no pun intended) technology.

Until we get universal charging stations that can dump "fuel" into the battery in 15 minutes across the land, the concept will be limited to local travel. I do Crossfire gatherings in Tennessee and Arkansas every year. 400 and 650 miles away. Car clubs abound. E-Mustang and Telsa gatherings will involve trucking the cars to the site with fossil fuel vehicles. Or be limited to the local Hardee's.


Unless Ford and Telsa make their units compatible, I don't see nationwide infrastructure systems as viable. Like diesel and gasoline, both will need to be available easily and everywhere. And again, drivers need to gas and go in about 15 minutes. Today's battery technologies and Chargers take hours. Last I heard no one is working on that for electrics.

I do hope this happens. But like Smart cars, which really aren't, and for practical matters, current electrics are not so smart.
Last edited: Dec 18, 2020

GOLD Site Supporter
I haven't looked too much into electric vehicles because as already mentioned, they might be ok in a city setting where chargers are everywhere and you're only driving less than 50 miles between stops. Up here, I don't see any electric vehicle being a viable option for many years just because of the sheer distance between communities and lack of charging stations.

Again, as already mentioned, cost is a factor. That 70k electric car down in the states is up over 90k up here. I saw that ford is putting out an electric f150. The price tags I've seen up here are pushing the 100000 price tag. And considering that I am getting around 900kms on a tank of fuel for my f150 that I paid less then 40k for, I don't see how I'd be saving money by ditching it for something that costs more than double and has no guarantee of charging stations where I need them. Our camp is 100kms away. If I were to head there in an electric vehicle and try to drive down bush roads for a few days then drive home afterwards, I strongly doubt that it could be done.

Then there's towing. When I'm towing the camper, my gas mileage is cut in half or more. Let's say for fun that an electric f150 is strong enough to tow a 34ft camper. I can assume that the charge would be cut in half when towing as it is with the gas engine. So I drive 200kms and start looking for a charging station where I can pull in without unhooking the camper and wait how many hours to charge it again before I can get back on the road? At that rate, I figure it would take me a week to travel what I could normally do in 8 hours with my gas engine.

Staff member
SUPER Site Supporter
I don't care what Ford calls it .... THAT is not a "Mustang"!
B

Staff member
GOLD Site Supporter
Not that I'd get one but I'm thinking the new Hummer due out in a couple years will blow the doors off of Ford.
Can charge for a 100 mile range in 10 minutes.
1000 horse power.
0-60 in 3 seconds (that's supercar fast).
Incredible off-road capabilities.
You must log in or register to reply here.
Share:
Facebook Twitter Reddit Pinterest Tumblr WhatsApp Email Share Link
Top