Covid Vaccine ... My Body My Choice? Or not? VAX Mandates announced!

Staff member
GOLD Site Supporter
While I am triple vaccinated, I do not favor vaccine mandates. I believe we have to make our own decisions. I'm at risk, so I took the vaccine as soon as I could get it (January/February) and then took the booster (September). But just because I am at risk does not mean you are at risk.

Looks like all federal employees were just mandated to take the vaccine. All medical workers who are employed by a practice that receives federal funds also got a mandate. And all employers who have more than 100 employees got the mandate too.

Go to the link at ZeroHedge to see all the videos, here is just the summary:

Watch Live: ​
​
*BIDEN SAYS NEARLY 80M AMERICANS ARE STILL NOT VACCINATED​
​
*BIDEN SAYS WE ARE IN A TOUGH STRETCH, COULD LAST FOR A WHILE​
​
*BIDEN: TSA TO DOUBLE FINES ON TRAVELERS WHO REFUSE TO MASK​
​
​
Summary:​
Last edited: Sep 9, 2021

Staff member
Haven't vaccines been required for all kids to enter school for decades? How is this different.
They are trying to do this for the 'common good'. And I think there was a way to get out of it for school kids but it was a mandate. Much like this one.

Staff member
GOLD Site Supporter
School mandates are a STATES RIGHT ISSUE, there is no mandate at the Federal level for school vaccinations. Some states have mandates with no way to opt out, some have not mandate, some have mandates but allow exclusions for various reasons and those reason may vary greatly.
M

Staff member
GOLD Site Supporter
Looks like the GOP is going to make this about politics? Or freedom of choice? Or state's rights? I'm not really sure which track they will oppose the mandate on, but I will be curious to watch. The article says "he lied" but that does not seem like legal ground to sue the President as we all know that politicians lie, daily, on both sides of the political aisle.

Full story at the link below: 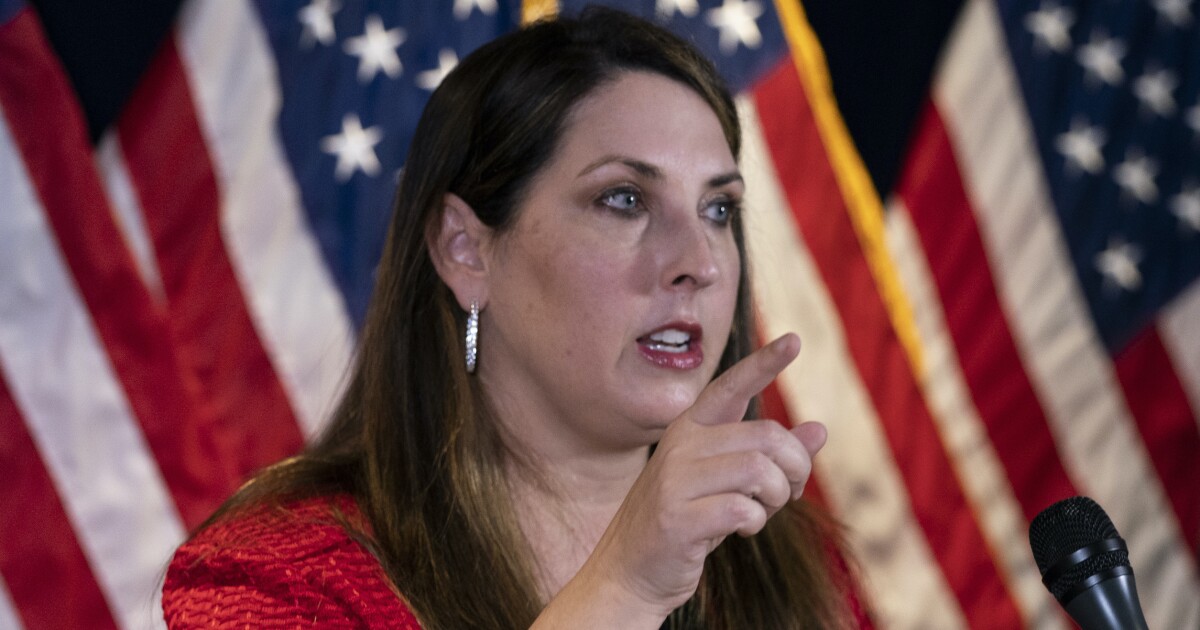 ​
The Republican National Committee plans to sue the federal government over President Joe Biden's newly announced vaccine mandates for federal employees and millions of private-sector workers.​
​
“Joe Biden told Americans when he was elected that he would not impose vaccine mandates. He lied,” RNC Chairwoman Ronna McDaniel said in a statement Thursday evening. ​
​
“Now small businesses, workers, and families across the country will pay the price. Like many Americans, I am pro-vaccine and anti-mandate,” McDaniel said. “Many small businesses and workers do not have the money or legal resources to fight Biden’s unconstitutional actions and authoritarian decrees, but when his decree goes into effect, the RNC will sue the administration to protect Americans and their liberties.” ​
​
Biden announced strict vaccine mandates on Thursday that will affect at least 100 million workers. The Democratic president said he will direct the Labor Department to implement a rule requiring businesses with at least 100 employees, and those with healthcare workers, to require either a COVID-19 vaccination or weekly regular testing among their employees. Those who do not comply could receive fines of up to $14,000 for each violation. ​
​
In addition, an executive order signed by Biden on Thursday required all federal employees to get a COVID-19 vaccine without an alternative of completing regular testing, with limited exemptions for those with medical or religious reasons. ​
​
The White House said the plans "will ensure that we are using every available tool to combat COVID-19 and save even more lives in the months ahead, while also keeping schools open and safe, and protecting our economy from lockdowns and damage.” ​
​
The move runs counter to Biden’s previous stance. ​
​
In December 2020, before Biden took office, he told reporters: "I don't think it should be mandatory, I wouldn't demand it be mandatory. But I would do everything in my power — just like I don't think masks have to be made mandatory nationwide — I'll do everything in my power as president of the United States to encourage people to do the right thing and when they do it demonstrate that it matters.”​

Doc said:
Haven't vaccines been required for all kids to enter school for decades? How is this different.
They are trying to do this for the 'common good'. And I think there was a way to get out of it for school kids but it was a mandate. Much like this one.
Click to expand...

Until this last year there was always religious and medical exemptions which were fairly easy to get. They have been trying to remove that "loop hole" with their new push to break the back of individual liberty in this country. 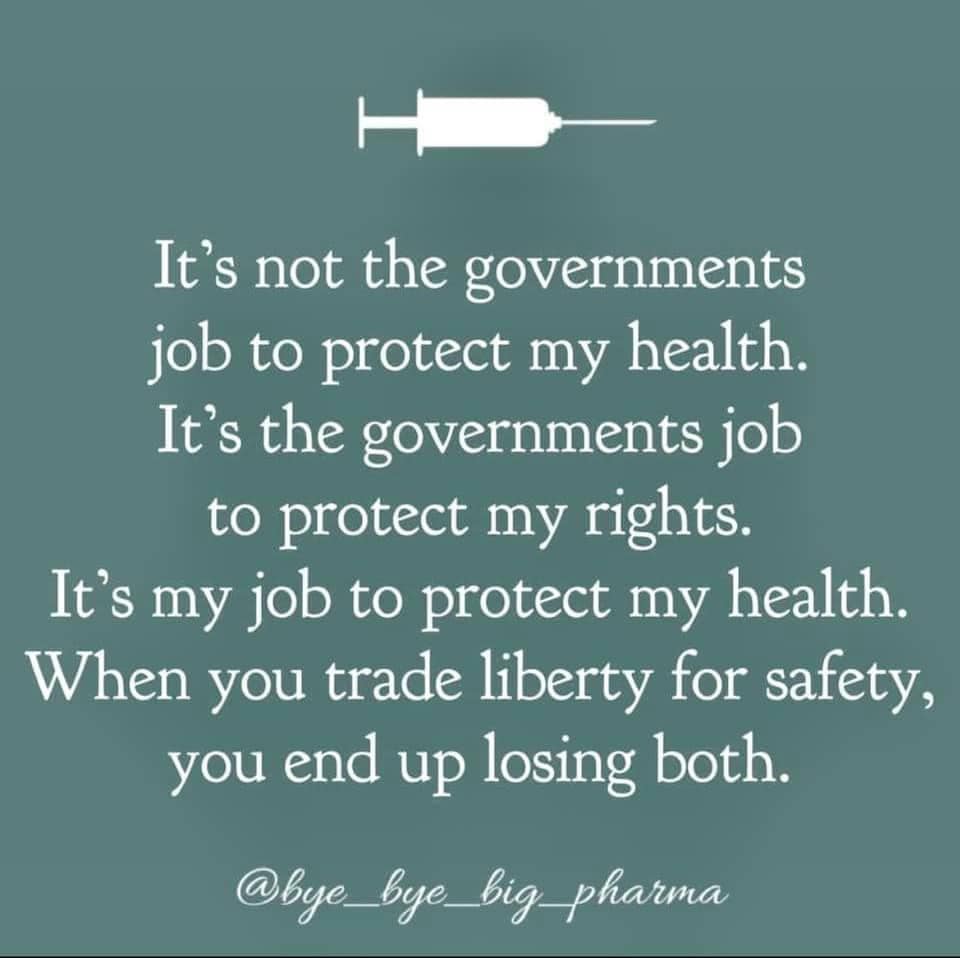 GOLD Site Supporter
Biden has said USPS workers are exempt.
Think long and hard on that for a minute.

pirate_girl said:
Biden has said USPS workers are exempt.
Think long and hard on that for a minute.
Click to expand...

Allowing USPS to be exempt when every home in America gets items touched by those folks is insane. How can Biden justify this? Course I do not believe he can justify forcing vaccines on everyone. But to try to force vaccines and then exempt a group like USPS WTH is he thinking?
M

Doc said:
But to try to force vaccines and then exempt a group like USPS WTH is he thinking?
Click to expand...

He doesn't think. He just says what he's told to say.

Staff member
SUPER Site Supporter
One can't help but wonder if this is a continued assault on small business. Apparently, tanking the economy is not something the Democrats worry about.

That being said, I'm ok is we fire a huge amount of government workers. I just don't want to see people getting hired in their place.

Doc said:
Haven't vaccines been required for all kids to enter school for decades? How is this different.
They are trying to do this for the 'common good'. And I think there was a way to get out of it for school kids but it was a mandate. Much like this one.
Click to expand...

Vaccines for young children must pass serious testing before they are released for distribution. Also, none of them are mandatory with fines unless decades of statistical data supports their safety.
The Covid Vaccine is not even 12 months old.
There is no data to support it's safety in young adults or worse, children under 12.
There is also no statistical data to support a need to vaccinate children.

GOLD Site Supporter
I refer back to my post #4 and is meant to divide and conquer!!

mla2ofus said:
I refer back to my post #4 and is meant to divide and conquer!!
Click to expand...

It creates a subgroup of citizens to be ostracized , ignored, and even imprisoned.

GOLD Site Supporter
Are you hinting at a certain European country in the 1930's??

Apparently the FDA has cleared the vaccine for YOUNG kids?

Back on the topic of this thread:

Breitbart News is reporting that the White House does not want to mandate that caught illegal aliens turned loose into the USA will be required to be vaccinated prior to their release. Breitbart is running updates on the vaccine story. Here is the link to the story below, visit their website for updates. 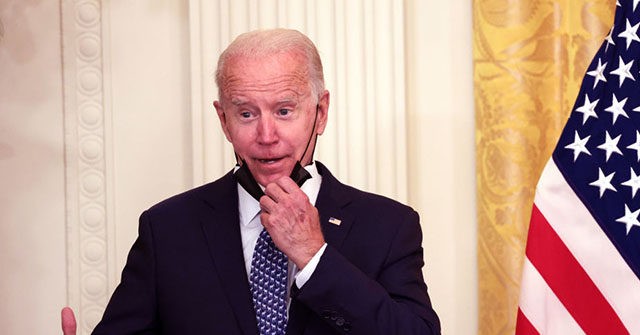 Charlie Spiering10 Sep 2021​
1:32​
​
The White House confirmed Friday that President Joe Biden would continue allowing unvaccinated people to cross the border — even while demanding private employers to require vaccines for their workers.​
​
White House press secretary Jen Psaki spoke about the hypocritical rules during an exchange in the daily briefing with Fox News reporter Peter Doocy.​
​
“But it’s a requirement for people at a business with more than a hundred people, and it’s not a requirement for migrants at the southern border,” Doocy noted. “Why?”​
​
“That’s correct,” Psaki replied, quickly moving to the next reporter in the briefing room.​
​
Other White House reporters did not follow up and press Psaki on the administration’s hypocrisy.​
​
For months, the White House has refused to endorse a vaccine mandate for migrants released into the United States, even though the administration is enforcing more onerous mandates on American citizens to get them vaccinated.​
​
Biden did not mention the unvaccinated migrant population in his remarks on Thursday, even as he detailed new mandates for businesses to get their employees vaccinated.​
​
The Department of Homeland Security is now offering vaccine shots to border crossers, but some have refused to get the shot.​
​
About 30 percent of migrants held in detention facilities have refusedvaccines, according to reports.​
C

Melensdad said:
The White House confirmed Friday that President Joe Biden would continue allowing unvaccinated people to cross the border — even while demanding private employers to require vaccines for their workers.
Click to expand...

That's pretty sad and stupid on his part.


Melensdad said:
“That’s correct,” Psaki replied, quickly moving to the next reporter in the briefing room.
Click to expand...