Staff member
GOLD Site Supporter
For those of us who grew up with the original STAR TREK series, life is now imitating TV, as William Shatner will be traveling into space on a phallic shaped rocket ship. 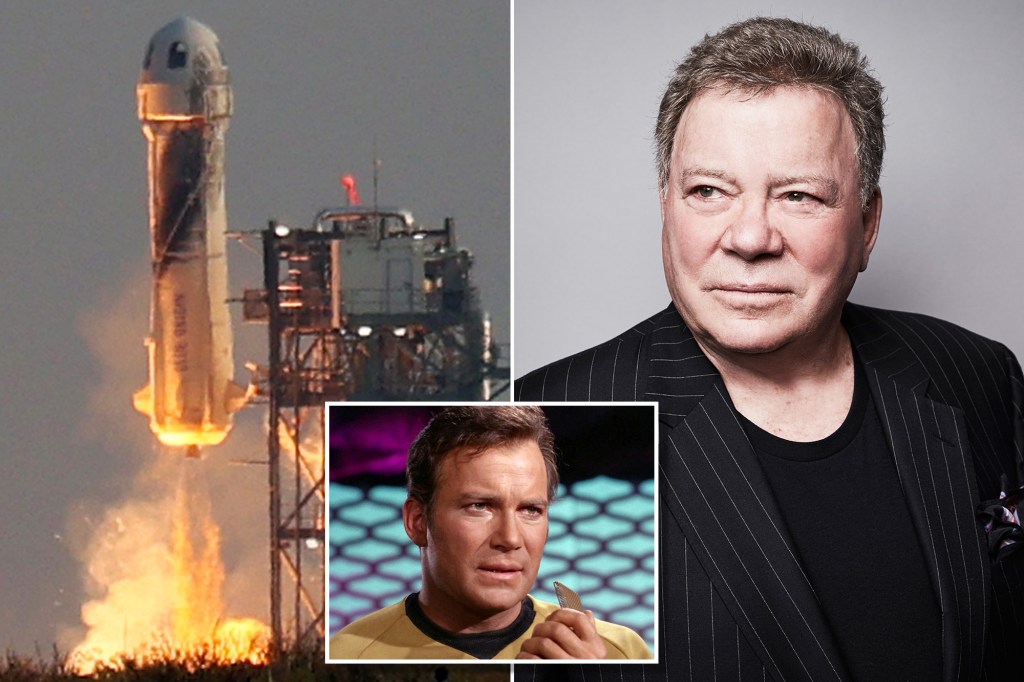 Shatner would be the oldest person ever to travel to space with this historic ride. 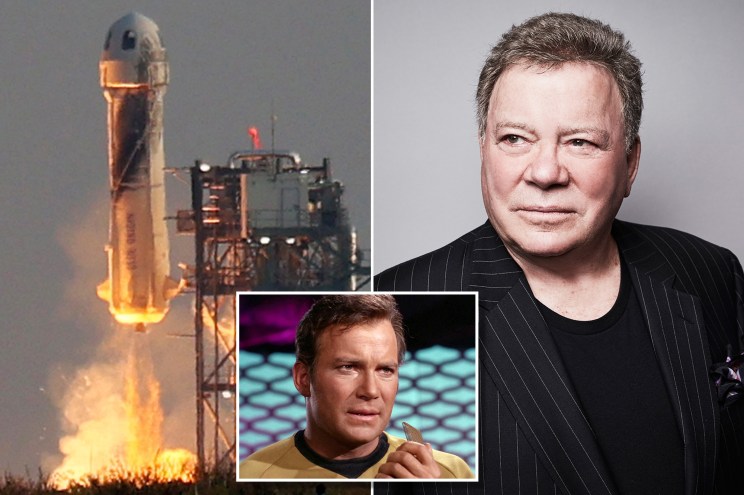 William Shatner will take flight to the stars in October aboard Jeff Bezos' spaceship. Getty Images
William Shatner is going from starring in “Star Trek” to seeing the real stars above. The sci-fi actor, 90, will be going to space aboard Amazon founder Jeff Bezos’ New Shepard rocket, according to TMZ.

Bezos’ galaxy rider is made by his space-travel company, Blue Origin.

Shatner would be the oldest person ever to travel to space with this historic ride, TMZ reported.

The Canada native’s 15-minute flight will occur sometime in October. The outlet also reported that the mission will be filmed for an upcoming documentary featuring the actor who played Capt. James T. Kirk on the iconic series.

Bezos, 57, first went up to space in July alongside his brother, Mark Bezos; pioneering pilot Wally Funk, who at 82 is the oldest space visitor to date; and rich Dutch student Oliver Daemen, then 18 and the youngest person to go to space. 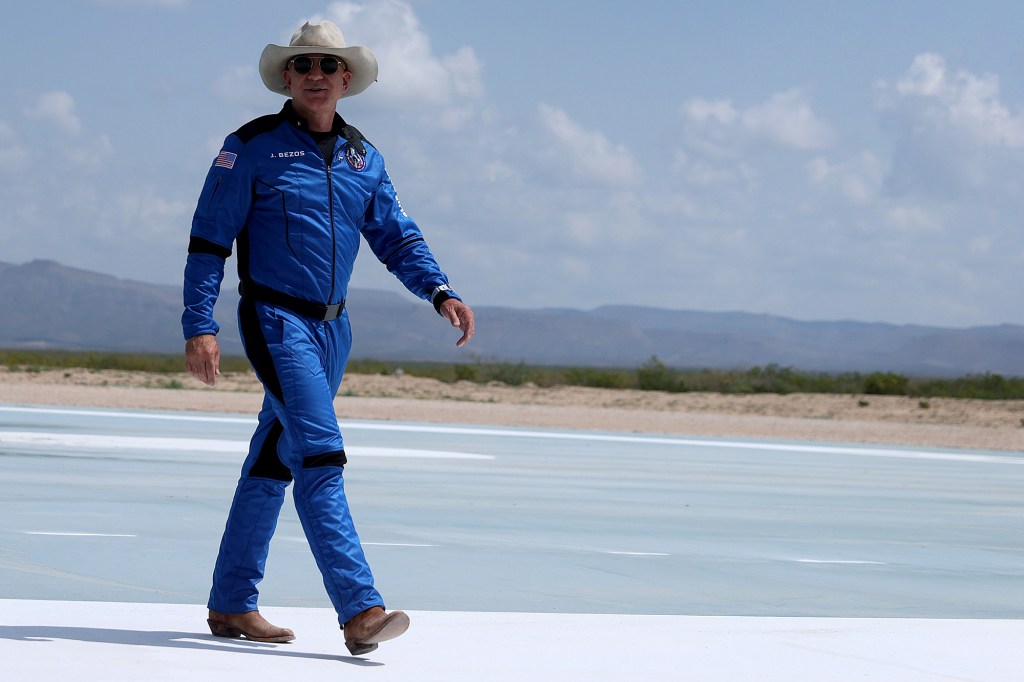 Bezos walks by his New Shepard rocket after flying into space in July 2021.Getty Images
The foursome reached heights of 66.5 miles above Earth on New Shepard and spent about 10 minutes off the ground. 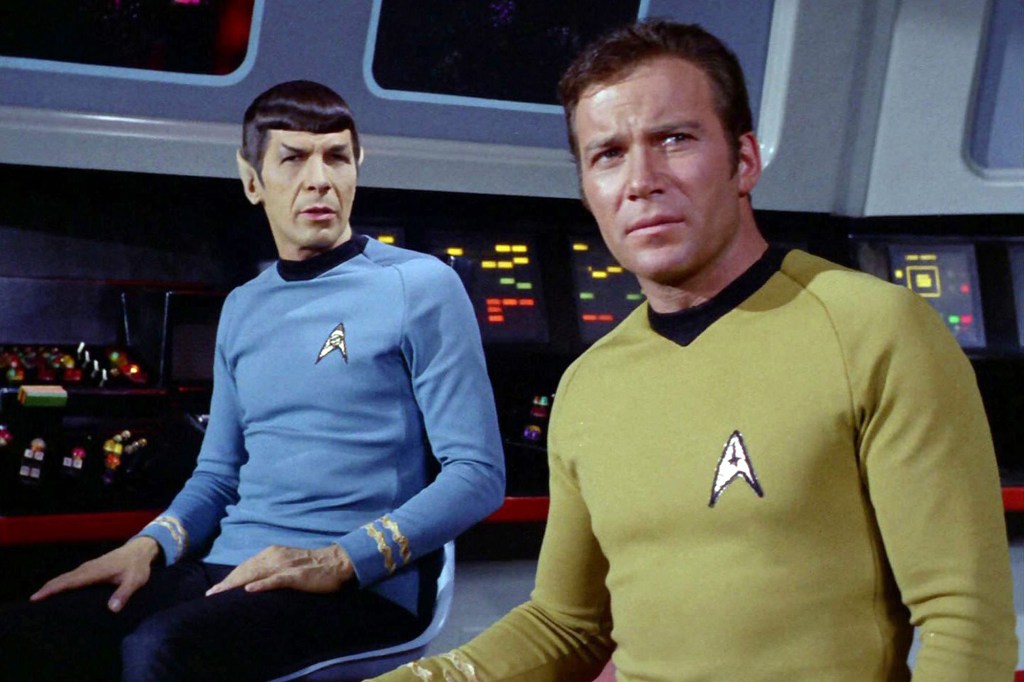 Leonard Nimoy as Mr. Spock and William Shatner as Captain James T. KirkCBS via Getty Images
“The atmosphere is so big. But when you get up above it, you see it’s this tiny little fragile thing,” the billionaire continued. “That’s very profound. It’s one thing to recognize that intellectually. It’s another thing to actually see with your own eyes how fragile it really is, and that was amazing.” 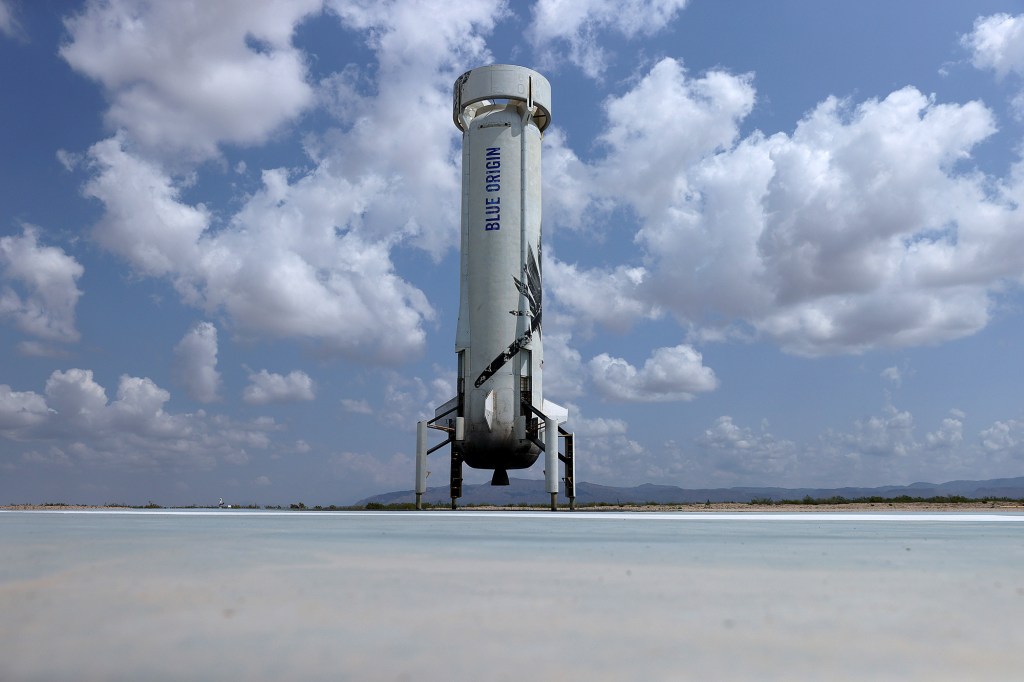 The booster for Blue Origin’s New Shepard sits on the landing pad after powering the rocket into space on July 20, 2021. 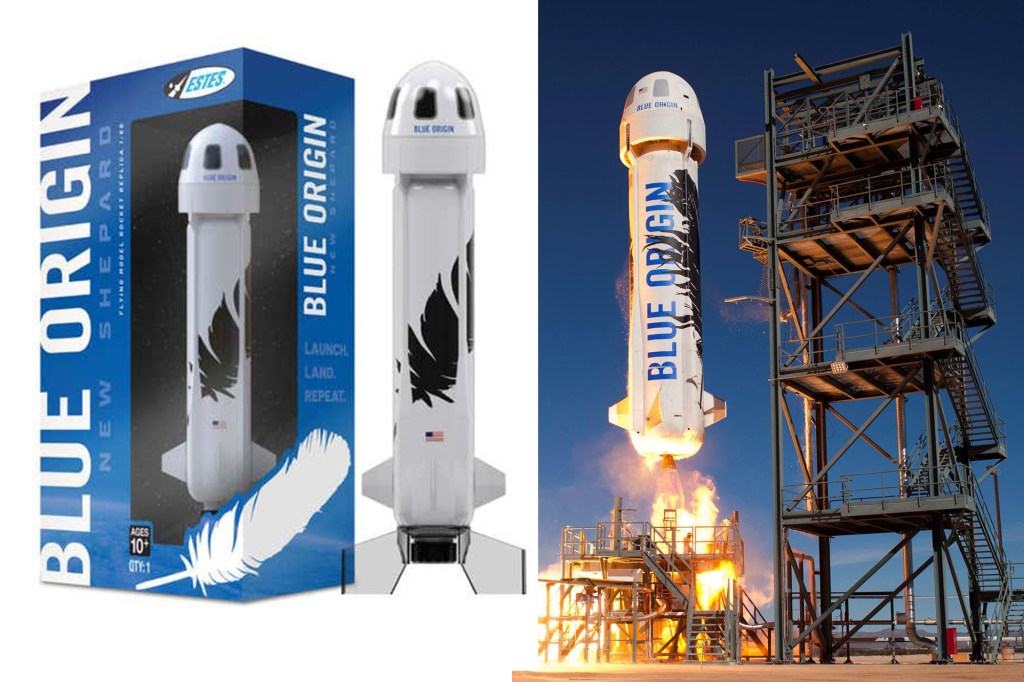 Hannah Sparks
As if the image of Jeff Bezos’ Blue Origin rocket launch wasn’t burned into our collective retinas already, fans of the sexualized spaceshipcan now own their very own scaled-down model — for a suggestive price of $69.99.

Manufactured by Blue Origin merchandising partner Estes, maker of high-quality model rockets and launchers, the toy is 1/66th the size of the New Shepard, with an ability to launch up to 400 feet in the air.

Last month, the billionaire Amazon founder was aboard during his rocket’s inaugural space launch, ultimately reaching 62 miles above sea level before riding jet-powered rod back down to Earth.

“Estes is proud to partner with Blue Origin to provide a piece of history that inspires kids to dream and imagine. The ready-to-fly New Shepard model is a perfect addition to your office shelf or launch it to recreate the spaceflight for yourself!” the company’s website reads. 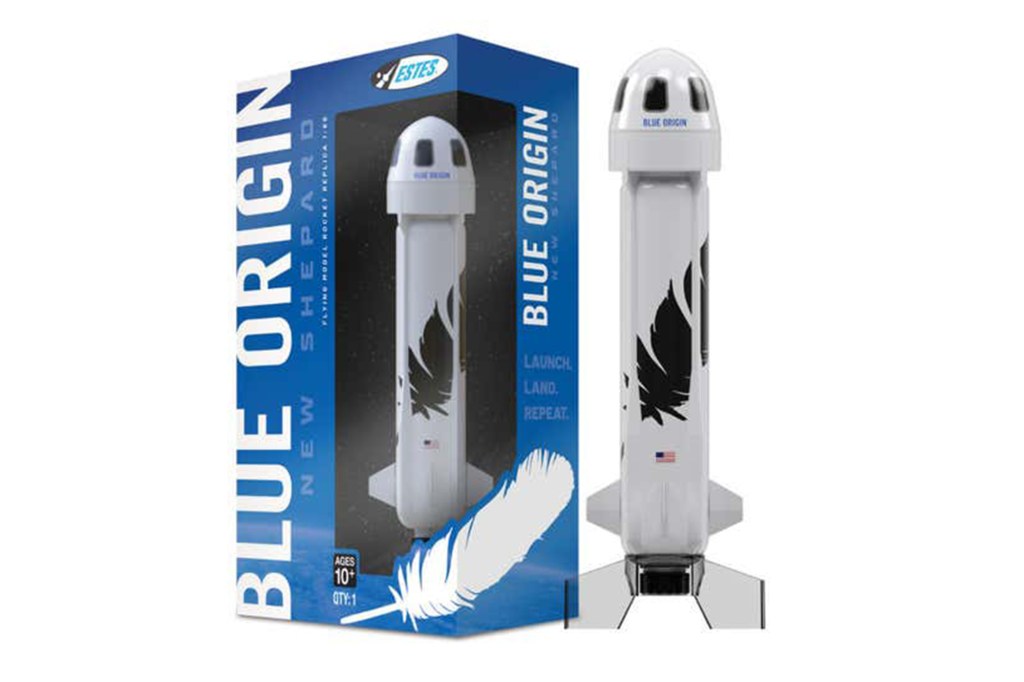 I wonder if he will bring some communicators and talk to Spock while he is up there??

GOLD Site Supporter
He'll have a tough time. Leonard Nimoy died in 2015 but then again, it's Startrek so anything is possible. They brought Spock back from the dead once already.

As i understand it,,,;
Gene Rodenberry, Creator of Star Trek, was done on purpose via space shuttle Columbia

I had forgotton Spock passed away

I saw a picture of the crew and not one of them was wearing a red shirt.

GOLD Site Supporter
That was AWESOME!!! 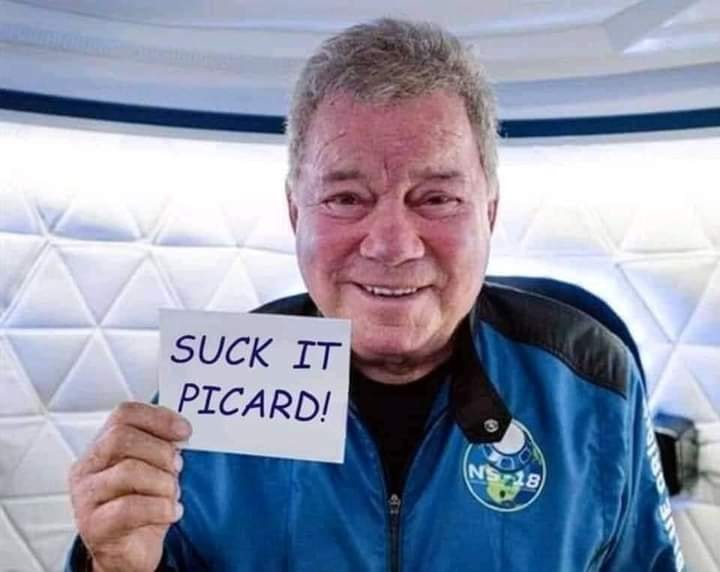 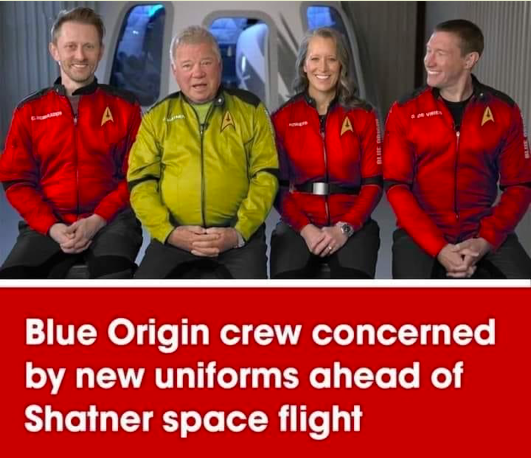 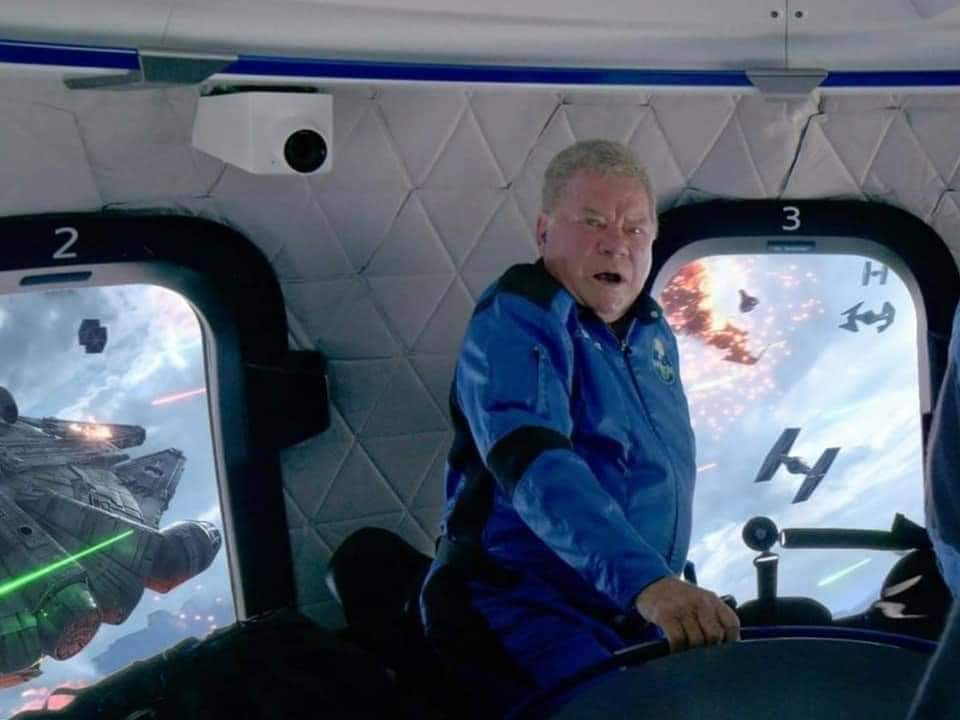 GOLD Site Supporter
This popped up on my Facebook feed.
Lol
Check out the pose. 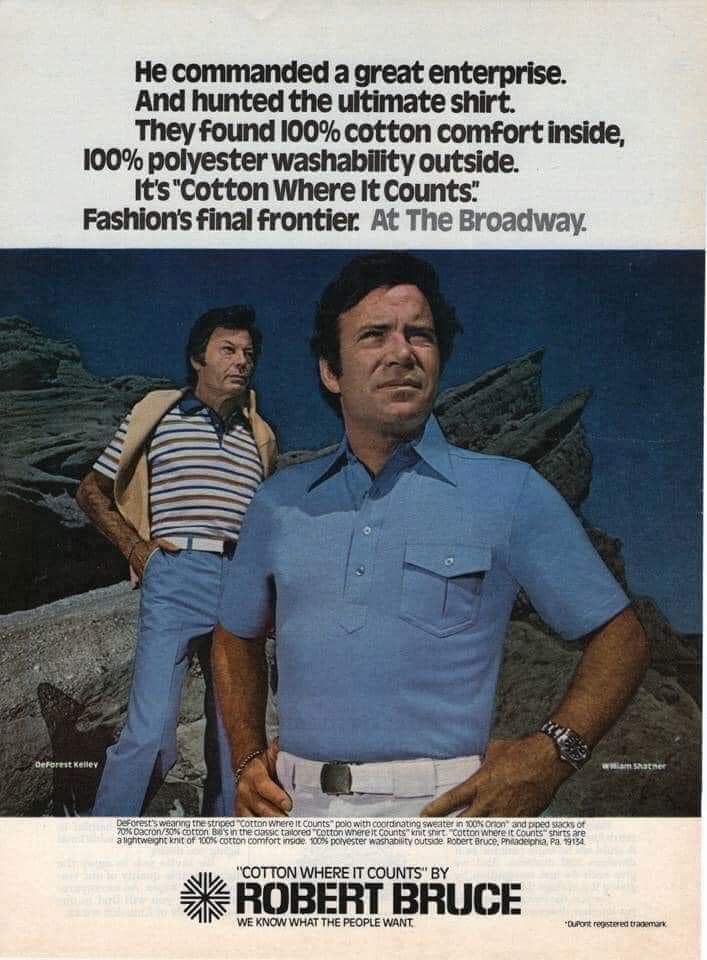